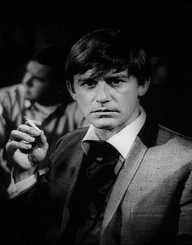 Roderick Andrew Anthony Jude McDowall was born 17th September 1928, to Thomas and Winifred McDowall. He was born in London, England, in the suburb of Herne Hill. His father was a merchant seaman; his mother was trying to break into acting.

Both parents were keen about the theater. McDowall had an older sister, Virginia.McDowall did his secondary school studies at St. Joseph’s College in Upper Norwood.

Roddy McDowall started his career when he was just a baby. He was a child model, and as a young boy appeared in several movies, including, Murder in the Family (1938), John Halifax (1938), and Scruffy (1938)Between 1938 and 1941, McDowall appeared in 14 movies. After World War II broke out, McDowall’s family moved to the United States. In 1949, he became a citizen of the U.S.

McDowall’s first acting assignment in the U.S. came in 1941 when he won a role in Man Hunt, a movie in the ‘thriller’ genre. His next movie was also in 1941, called, How Green Was My Valley. The movie won an Academy Award for Best Picture, and Roddy McDowall became a household name.

Roddy McDowall then moved to New York, and he took up acting on television instead of the big screen. He also appeared in several successful Broadway productions, including Camelot that ran between 1960 and 1963, and which also starred Richard Burton and Julie Andrews. He moved back to Hollywood, and in 1963 won the role of Octavius in the classic epic, Cleopatra, starring Elizabeth Taylor.

McDowall continued with his prolific work, and he starred in many movies and television programs over the next few years. In 1968, he starred in the movie, Planet of the Apes. He would go on to appear in three sequels, and the television version of the movie.

McDowall’s movie career spanned from 1938 to 1998, and he acted in 101 films. His television appearances were from 1950 to 1999, and he was in 73 shows or series, including several episodes of Batman, Murder She Wrote, and The Carol Burnett Show.

As well as working on the screen, Roddy McDowall also worked behind the scenes. He worked for several years on the Board of Governors of the Academy of Motion Picture Arts and Sciences, and he worked on the selection committee for the Kennedy Center Awards. He was Chairman of the Actors’ Branch for five years, and in 1998, he was elected President of the Academy Foundation.McDowall was a talented photographer, and he published five books of his photographs.

Roddy McDowall was awarded a star on the Hollywood Walk of Fame in 1960. He also won a Primetime Emmy Award in 1961, and a Saturn Award in 1986.

Roddy McDowall didn’t talk about his sexuality, but it is assumed by several people that he was gay. He died on 3rd October 1998, of lung cancer.