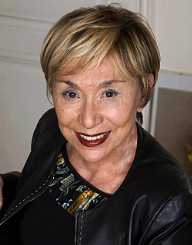 Julia Kristeva is a Bulgarian-French philosopher, novelist, and psychoanalyst with extensive research findings in linguistics, psychoanalysis, and feminism.

Julia Kristeva was born in Sliven in Bulgaria on June 24, 1941. She started her elementary education at a Roman Catholic-run school in Sliven. She learned French from the Dominican nuns who taught the syllabus subject in French. She enrolled at the University of Sofia. She received an invitation to finish her post-graduate studies in France. Kristeva moved to Paris in December 1965. She was just 24 years. She earned her post-graduate degree in psychoanalysis in 1979.

Kristeva’s first love was in linguistics. She deeply contributed to the field during her college years in Sofia. In 1965, she joined the group Tel Quel upon arriving in Paris. She started contributing philosophical political theories through the group. She studied the extensive work of renowned physicians like Sigmund Freud and Jacques Lacan.

Her major theory was the Semiotics philosophy or the study of body emotions and movement. She divided her argument into two categories, the pre-mirror and mirror stage. She argued that the development of a child starts with feminine tendencies. In the pre-mirror stage, the child identifies with arts, music and all kinds of rhythmic tunes. The child responds well to musical stimuli in expressing its emotions.

In the mirror stage, the child begins to seek independence from its mother. It tries to find an identity by distinguishing itself and the mother. In seeking to create its own identity, the child subconsciously breaks away from the dependency on its mother. In the process of transformation, the child learns to express its stimuli responses through grammatical languages and emotions related to the syntax. She concluded that female children retain a lasting bond with their mothers all through their lives.

In response to the demeaning exposures of women body anatomies by the patriarchal society, Kristeva noted some disconnect of the male society from the Semiotics transformation. She argued that the male character never truly breaks away from the mother figure. The boy child yearns to retain its independence, yet be close to its mother. The fascination with the mother leads the boy to parade the mother in nudity to appreciate her closeness. The boy is torn in his mind between destroying her mother and attaining total independence and maintaining close ties with his origin.

Using her unique cultural background, Kristeva found herself battling with the male-dominated French society. She rejected the notion of female marginalization in society. She divided her argument into three segments of feminism. In the first segment, the feminist movement calls for equality of the two genders. She argued that due to the different anatomical disparities between the two, every gender was crafted to meet specific duties in the society. In her second stage, she disputes the use of the term masculine language by the feminists. Kristeva notes that the categorization of grammar, terminologies and cultural identities as masculine or feminine. In her last segment, Kristeva reconciles the two cultural identities and their inherent differences within a philosophical explanation.

Kristeva noted the interaction between two scientific branches of anthropology and psychology. She noted that the two are distinct lines of studies and work in correlation to each other. She made comparisons of the two to her earlier Semiotic theory. For one to study any of them, he or she must understand the other. Since anthropology is the study of living species and their behavioral patterns over years past, a psychoanalyst must analyze the patient after understanding the specific history.

She has been recognized by several organizations for her contribution to science and linguistics. In 1990, she became a French Knight of the Order of Arts and Letters. In 2004 she received the Holberg International Memorial Prize. Two years later in 2006, Kristeva got the Hannah Arendt Award for Political Thought. She also has other honors like the Vaclav Havel Prize from her native Bulgaria and the Commander of the Legion of Honor.

Despite portraying herself as a liberal, Kristeva has often come under attack for her radical views on emotive political subjects. The Bulgarian press and state operatives have accused her of spying for the dreaded Communist regime before she moved to France. Kristeva has denied the allegations as they come.

Kristeva is mostly known for her novels. She had published five novels by 2015. They were all published in the US. She has other numerous philosophical and academic books to her name. Kristeva still writes academic contributions to several journals in France and the US.

Julia Kristeva is an open philosopher and academician who has never shied away from emotive debates. She is an open-minded debater who deals with taboo issues in society. She has researched and contributed immensely in the fields of feminism, psychoanalysis, European philosophy, and structuralism. Her intellectual stand on issues has brought her bitter opponents within the French patriarchal society. She has disputed some long-standing theories of Sigmund Freud and other academicians in some of her debates. Despite her intellectual departures from normal ideologies, Kristeva still remains a respected academician in the literary and psychological world.

She is a naturalized French citizen and has been married to Philippe Sollers since August 2, 1967.