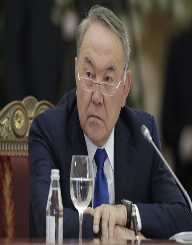 Born on July 6, 1940, Nursultan Nazarbayev is the Kazakhstani politician and the current President of that country. Nursultan is the first president Kazakhstan since they had independence from the Soviet Union in December 1991. Before that, Nursultan had served two years in office as the leader of the country after he was chosen as the First Secretary of the Communist Party of the Kazakh SSR in 1989. Nursultan who has ruled for almost three decades he is accused of several human rights violations, allegations of corruption and his autocratic rule.

Nursultan Äbishuly Nazarbayev was born on July 6, 1940, in Ushkonyr a rural town near Almaty, at the time Kazakhstan was a part of the Soviet Union. Nursultan was born to a poor family with his father working as a laborer and a farmer. His father’s farmland was, however, seized during the collection policy by Joseph Stalin in the 1930s. This led to the family moving from Chemolgan to the mountains. They, however, returned during the after the Second World War and that was when Nursultan started his education. He was able to learn the Russian language and excelled in his education. After his basic education, he was moved to a boarding school in Kaskelen.

Nursultan was able to secure a one-year government-funded scholarship at the Karaganda Steel Mill in Temirtau after his education. Nursultan later moved to the Dniprodzershynsk to receive at a steel plant. As a young and energetic person, he took up several jobs including working in a blast furnace to earn some income.

Nursultan entered into politics after he joined the Communist Party in 1962. He was able to rise through the ranks to become an influential member of the Young Communist League. Nursultan featured his education at the Karagandy Polytechnic Institute as he started to work full-time for the party. His political powers kept increasing and in 1972, was elected the Secretary of the Communist Party Committee of the Karaganda Metallurgical Kombinat. In 1976, Nursultan rose to the Second Secretary of the Karaganda Regional Party Committee. During his term, he worked on legal papers, logistical problems, and resolved industrial disputes.

Nursultan political transition developed rapidly that in 1984, he served under Dinmukhamed Kunayez as the Prime Minister of Kazakhstan. Nursultan was the First Secretary of the Communist Party of Kazakhstan. Hence the Leader of the country and Nazarbayev became the as Prime Minister meant he was the chairman of the Council of Ministers. As a prime minister, Nursultan was critical on Askar Kunayez who was the head of Academy of Sciences and leader Dinmukhamed Kunayev’s brother. His criticism came as a betrayal to Dinmukhamed Kunayev, hence went to Russia to demand the dismissal of Nazarbayev. However, Nazarbayev had the support of the citizens who called for Kunayev to rather be removed, and Nazarbayev made the leader. In 1986, Kunayez was replaced by a Russian, Gennady Kolbin.

In 1989, Nursultan became the leader of the part and on February 22 to April 24, 1990, became the Chairman of the Supreme Soviet. Nazarbayev was finally named the first President of Kazakhstan on April 24, 1990, by the Supreme Soviet. After the collapse of the Soviet Union, the country held its maiden election on December 1, 1990, where Nursultan was the only candidate and won with 91.5 % of the total votes. He took the country into the Commonwealth of Independent States after signing the Alma-Ata Protocol on December 21, same year.

Nursultan became independent after the fall of the Soviet Union. Hence Nazarbayev took full control of the country. Nursultan then initiated some policies and amendments including renaming the State Defense Committees as the Ministry of Defense and made several appointments. The Supreme Council headed by the Speaker Serikbolsyn also initiated a debate of the creation of country’s draft constitution in June 1992. The constitution gave more powers to the executives with little checks was adopted on January 2, 1993. Nursultan Nazarbayev's term of office was extended to 2000 through a referendum in April 1995. Per his suggestion in 1994, the capital of the country was changed from Almaty to Astana on December 10, 1997.

Nursultan also initiated a constitutional amendment that allowed an incumbent president to contest for an unlimited number of times and was approved by Parliament of Kazakhstan in 2007. The amendment was only made in his favor and all subsequent leaders were to have only two terms as prescribed by the original constitution. His rule has seen several demonstrations and human right abuses and allegation of corruptions. Nursultan faced the biggest riot in the country in December 2011 in what is known as the 2011 Mangystau riots. Demonstrations in the oil town of Zhanaozen on December 16, 2011, saw 15 of the demonstrators shot dead and about 100 injured as they clashed with the police. This also sparked a series of demonstrations in other cities of the country.

Nursultan has ensured positive foreign policies and coordination even with Arabs worse enemy, Israel. Although Kazakhstan is a member of the Organisation of Islamic Cooperation, which is not in good terms with Israel, he has since1992 ensued good rapport and bilateral trade between the countries. He introduced a scholarship scheme to cater for talented but needy students in the country. In 2014, he suggested a change in the country’s name from Kazakhstan to Kazakh Yeli. This, according to him would attract foreign investments into the country. He said the “stan” creates an impression that the country is associated with other stan countries, which puts them in a negative light.

Nursultan is married to Sara Alpysqyzy Nazarbayeva. The couple has three daughters Dariga, Dinara and Aliya.

Nursultan Nazarbayev has received honors both at home and at the international level. He was honored with the Order of the Golden Eagle in Kazakhstan, Order of the Red Banner of Labour and Jubilee Medal 70 Years of the Armed Forces of the USSR by the Soviet Union.