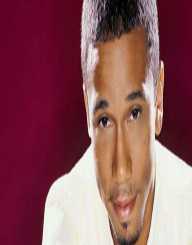 Here, Aaron got the first-hand exposure to what it was to be a minority and feel like an outsider. Later in life, he got introduced to African American music style, Hip-hop and comics like Peanuts by Charles Schultz and humor comics by Berkely Breathed and satirical cartoons by Gary Trudeau. These factors contributed most to the content that became his popular comic strip, Boondocks.

Aaron attended Oakland Mills High School. Upon graduation, he went to the University of Maryland to study African American Studies.

The University of Maryland school newspaper had a vacancy for a comic strip artist after the student heading it graduated. Aaron McGruder came on board, and thus Boondocks was premiered in the Diamond Back Newspaper. Boondock was a satirical comedy featuring a pint-sized self-proclaimed revolutionary Huey named after the co-founder of the Black Panther Party for Self-Defence Huey P. Newton.

Alongside Huey was his gangster wannabe brother Riley Freeman and their crazy grandpa amongst other diverse characters. Quite like him, the brothers moved from Chicago into the suburbs. There they lived with their grandfather. His inspiration for the satirical comic was to portray a keen sense of history and culture. He referred to the characters as more than just fictional characters but his fictional blood relatives.

With the help of a fellow student and aspiring DJ, Rhome Anderson, the comic started to show on Hitlist.com, one of the first online music websites. Upon graduation, Aaron began to seek for a more extensive media to publish his work. He courted several newspapers until he found the Universal Press Syndicate.Through them, his comic received its first nationwide publishing. When it debuted on the 19th of April 2009, the comic held a record for the single most massive debut for a new strip. It started running in 160 papers and 200 by the end of the year.

The big hit comic series soon advanced from a newspaper comic into a comic TV series. It aired on the night-time programming block of the Cartoon Network called Adult Swim. It premiered on the 5th of November 2005. The Television series aired for a total of fifty-five episodes and four seasons from its date of the premier to the 23rd of June 2014. HoweverMcGruder’s involvement ended with the series in the third season, two decades after he created it. The animated series has been released on various DVD sets and other media.

Despite the controversy trailing the shocking political satire, it had a loyal fan base. Some of the most notable fans of the comic include, Samuel L Jackson, Spike Lee, Michael Moore, Chris Rock, etc.

After leaving the Boondocks show, Aaron McGruder began work on another comedy series Black Jesus. He collaborated with Mike Clattenburg on this project. It aired on Adult Swim for three seasons. It was a scripted live-action comedy series that features a modern day Jesus.

In 2004, Aaron McGruder co-authored a graphic novel with Reginald Hudlin with illustrator Kyle Baker. The novel was called Birth of a Nation: A Comic Novel.

He dabbled in script writing when he co-wrote the George Lucas feature Red Tails. The movie was based on the Tuskegee airmen in World War II.

Aaron is also a public speaker and a lecturer. He focuses on political issues and cultural issues especially black American culture. He is a member of the Black Lives Matter movement as well.

He is said to be working on a new series collaboration with Amazon Studios in 2017. The title is being kept under wraps, but it would be an alternative reality-type story. The producer would be Will Packer who has produced several No.1 box office films like, Stomp the Yard, Obsessed, Ride Along and Straight Outta Compton. So there is a lot of expectation still from the writer and cartoonist.

The satirical nature and portrayal of the Black American culture in Boondocks gave rise to a discussion from the time it was premiered. African Americans have criticised it as portraying a stereotypical and derogatory image of Blacks. Whites have likewise criticised it as being racist. Also, many parents found the pictures of regular spanking described in the comic disturbing.

Despite all the flak, it was difficult to pull the strip because of the overwhelming support and fan base it had developed. The fact that the strip continually features satirical representation of real people especially the most vocal critics also gave room for criticism.

There was a long-term feud between the writer of Boondocks and the BET. Several Boondocks series fans attacked the BET. It renamed the entertainment company, Black Exploitation Television or Butts Every Time. A feature of the series renamed the president Reginald Hudlin as Wedgie Rudlin. Another one of the series featured the chief executive Debra L. Lee, and she was renamed Debra Leevil.

Aaron McGruder himself has faced a lot of backlash for his publicly held views. He has been heard publicly accusing President George W Bush as being involved directly or indirectly in 9/11. He also expressed lack of faith and support in the first Black president Obama who he said was not black. These are amongst other unfiltered statements and views.

Aaron McGruder is a recipient of the N.A.A.C.P. Image Awards (2002) as well as a Peabody Award for his animated television series The Boondocks.