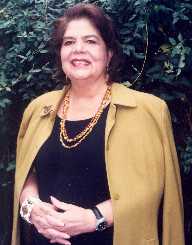 Native American Wilma Mankiller was born in the Cherokee nation and spent her life as a woman’s right activist and world leader. This is her story, so listen closely.

Clara Irene Sitton, a Dutch Irish woman, married Charley Mankiller a Native American Cherokee and had 11 children. There were five daughters and six sons. Wilma Pearl Mankiller was one of those daughters. She was born on November 18, 1945, in Tahlequah Oklahoma.

The family lived on a 160-acre piece of land known as Mankiller Flats. She grew up in a poor family who had no electricity, indoor plumbing, and no telephones. She and her family lived on this land for the first 11 years of her life. Then in 1956, they moved to San Francisco as part of a relocation policy by the Bureau of Indian Affairs. This move was supposed to improve their life. It did not.

Wilma Mankiller took college courses at the Skyline Community college. Once she was done there, she went to San Francisco State College. But it was at Flaming Rainbow collage where she earned her Bachelor’s degree in social science. Finally, she took graduate courses at the University of Arkansas.

Due to her education and increased independence, she and Hugo began to have problems. Finely the two of them got a divorce in 1977. Wilma Mankiller then took the girls and moved back to Oklahoma.

After finishing high school, Wilma took a job as a clerk. But after her divorce and moving back to Oklahoma she was offered the job of Deputy chief in the 1983 election by Ross Swimmer who was the Principal Chief of the Cherokee Nation of Oklahoma. They took office that August.

On December 5, 1985, Wilma Mankiller took over as principal chief of the Cherokee nation. Her focus was on education and healthcare. She oversaw construction of new schools and job training centers and health clinics. She kept that position until 1995 when she declined to seek another term as chief due to health reasons.

Wilma Mankiller remained in the public eye by writing and giving lectures throughout the country. She was inducted in the woman’s hall of fame in New York City in 1984. Then in 1998, she was given a presidential medal of freedom By Bill Clinton. She was known as the Cherokee Indian nations first female chief.

Wilma Mankiller was in a serious car accident and was hit head-on by her best friend in 1979. She had to have multiple surgeries because of the accident. She also had a neuromuscular disease known as gravis that can leave to paralysis. She overcame her health issues until her death at the age of 64 on April 6, 2010.