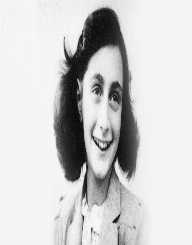 Hermine Santruschitz is famously known as Miep Gies. She was born on February 15th, 1909 in Vienna, Austria. During the time of her birth, she was under the care of her Austrian paternal parents. However, poverty and illness sent her to foster care at the tender age of 11. Later on, she wedded a Dutch individual and went on to work as Otto Frank’s employee. This brought her close to Frank’s family. During the World War II, she was among those who helped in hiding Frank’s family from the Nazis. Along with her colleagues, she kept the family of Frank in hiding for over two years before the Gestapo exposed their hideout. The diaries belonging to Anne Frank were rescued, and she delivered them to the only surviving member of the family, Otto Frank. Gies passed away at the age of 100.

Miep Gies was born on February 15th, 1909 to working-class parents who were from the Austrian descent. Because her parents struggled to provide food for the family, they offered her up to a Dutch program that cared for malnourished children. In late 1920, she joined the Nieuwenburg family where she would recover her health condition and gain back her strength. The family gave her the name Miep. Growing into the new family, Gies fell in love with the foster family and migrated with them to Amsterdam. At the age of 16, she went back to visit her paternal parents. Nonetheless, she did not fully enjoy her reunion with her parents fearing that something bad might happen.

By the time she was 18 years of age; Miep Gies had completed her schooling and found herself a job in one of the textile companies. Here, she worked for six years until she was 24 years old. At the onset of the Great Depression, she had to be laid off from work. She stayed for several months without being employed. Shortly after, a neighbor informed her of a job opening at Nederlandsche Opekta. This was a company providing ingredients that were used in making jam. She had to go through an interview with Otto Frank. Frank’s family had escaped from Germany as a result of Nazi cruelty towards the Jews. Gies passed the interview, and she began working for Frank’s family business.

While still working with the Franks’ Gies had a boyfriend named Jan Gies whom they had been dating for years. The two lacked the finances to help them in legalizing their union, but they managed to live together. However, the Nazis matched into the Netherlands in 1940. As a result, Gies being an Austrian, she was ordered to return to her native land. Before this invasion occurred, Gies had been aware of the threat that was ahead of her. Consequently, she requested a birth certificate detailing her as a Dutch national from Queen Wilhelmina. She was fortunate enough to get her birth certificate in time, and she legally wedded Jan Gies in 1941. Among those who attended her wedding was Otto Frank and his daughter Anne together with other Frank’s family members.
Hiding the Families

In mid-1942, things were getting worse for the Jews. Therefore, Frank and his family had to hide in one of the upstairs room in their business premises. Miep Gies with the help of her husband and other employees who worked in Frank’s business helped them to hide. They hid from June 6th, 1942 to August 4th, 1944. Miep kept Frank’s family in hiding, and she made it a secret from her foster parents. They were however betrayed in 1944, and Frank’s family was captured. During the process of taking them to concentration camps, Miep found Anne Frank’s diaries and stored it. Later, Frank was the only family member to survive, and Gies gave him the diaries. The two continued to work together until 1953. In 1952, Gies gave birth to her firstborn son named Paul.

While Miep Gies was still alive, she published a biography named Anne Frank Remembered – 1987. This memoir shed some light on the secret hideout that she had offered to Frank’s family. In her later stages in life, she was bestowed with numerous awards such as the Order of Merit of the Federal Republic of Germany, Wallenberg Medal, and the Yad Vashem Medal.