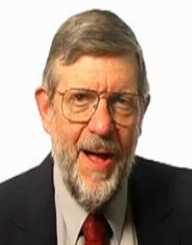 William Daniel Phillips was born 5th November 1948, to William Phillips, and Mary Savino. He was born in Pennsylvania, United States, in the town of Wilkes-Barre, and had two siblings. In 1959, the family moved to Camp Hill, which is where William Daniel Phillips went to high school. He then went on to Juniata College, from where he graduated in 1970.

After college, he continued his studies at Massachusetts Institute of Technology (MIT) where he gained his Ph.D. in 1976. He was offered a Chaim Weizmann fellowship to continue his research at MIT for a further period of two years, which he accepted.

As William Daniel Phillips showed a keen interest in science from a young age, his parents encouraged him to learn more. They bought him chemistry sets and helped him set up a laboratory in the basement at home where he could work on experiments.

In 1978, William Daniel Phillips took up a position at the National Bureau of Standards in Gaithersburg. He worked under Barry Taylor, and with his colleagues, worked on precision measurements of the proton gyro-magnetic ratio and also the Absolute Ampere.

In 1988, William Daniel Phillips discovered that atoms reached a temperature that was six times lower than the predicted theoretical limit. Claude Cohen-Tannoudji, a French physicist, collaborated with Phillips in his research. Their work, along with that of Chu, won the Nobel Prize for them in 1997.

William Daniel Phillips was appointed a Professor of Physics at the University of Maryland. He also serves on the Advisory Board for the USA Science and Engineering Festival.

William Daniel Phillips is best known for two major advancements in physics. The first was his development of being able to cool atoms to a temperature of almost zero, using laser fields. This research was done in conjunction with Claude Cohen-Tannoudji and Steven Chu.

His second major work was the development of the Zeeman Slower which is an instrument that is used in quantum optics to cool a beam of atoms from room temperature to just a few kelvins. (The Kelvin is a unit of temperature used in physics).

1996:   Albert A. Michelson Medal awarded by The Franklin Institute

William Daniel Phillips met Jane Van Wynen in his school years, and they married just before he went to MIT. They have two daughters, Christine and Caitlin.