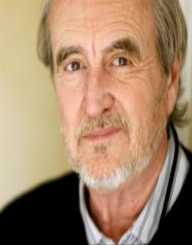 From A Nightmare on Elm Street to the Scream series, Wes Craven gave us many gems to be scared of. He was a director, screenwriter, and producer who specializes in making horror movies. He has also done many TV projects in both the horror genre and the others.

Wes Craven was born on August 2, 1935, in Cleveland, Ohio. His star sign was Leo. His parents were Caroline and Paul Eugene Craven. His parents were strictly religious and discouraged him from watching movies on television. He was allowed to watch Disney cartoons, however.

Wes Craven was a good student and went to the Wheaton College to study. There his interest in English writing grew, and after graduation, he attended the John Hopkins University. He graduated in1964 with a master’s degree.

After finishing his degree, Wes Craven began teaching. He taught English at the Westminster College, and then served as an English Professor visiting different colleges. He continued to write short stories, and his interest in poetry grew intensely. After a brief period of teaching, Craven took to film & sound editing. This was followed by a brief stint in the world of pornography with Craven acting as a director. He claimed to have made several hardcore films in his interview in the documentary Inside Deep Throat.

Wes Craven finally found his magic gem when he directed The Last House on the Left – a horror film. The film was released in 1972 and became an instant success. Five years later, he directed another super-hit film The Hills Have Eyes. In 1984, came the best film from Craven – A Nightmare on Elm Street. Based on a supernatural killer, this film is also known as one of the first major films the famous actor Johnny Depp had.  He repeated this success with Scream – a horror comedy. The film raked in over $100 million and spawned four sequels in the coming years.

Wes Craven took a break from making horror movies in 1999. Instead, he directed a musical drama Music of the Heart. The film won the actress Meryl Streep an Academy Award nomination. In 2005, Craven directed Red Eye starring Rachel McAdams – a suspense thriller film.
Craven made a comeback to his beloved genre with My Soul to Take in 2010. He also directed the fourth Scream film. In 2014, he released a comic book series Coming of Rage.

Wes Craven was married thrice. His first marriage was to Bonnie Broecker in 1964. They divorced in 1969. He married again in 1984 to Mimi Craven. The marriage lasted three years. Finally, in 2004, he married Iya Labunka. He produced two children – Jonathan and Jessica Craven from his first marriage.  Labunka has produced several of his films after they got married. Craven was also a birdwatcher and loved the wildlife.

Wes Craven had brain cancer and after fighting a long battle with the condition, he died on August 30, 2015. He was 76 years old.