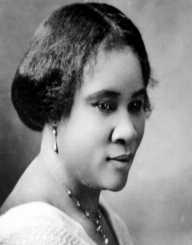 Lyda Newman was an African American activist and hairdresser who invented the bristle hair combing brush.

Lyda Newman was born in Ohio in 1885. She relocated to the Manhattan district of New York in her childhood. It is unclear if she ever went to school. Her historical information is missing from official records. Most African Americans then were slaves and even the freeborn were treated with disregard. Thus no clear records were preserved. Newman’s case was one of them.

It is speculated that she was a slave who ran away from her owner and settled in New York. If that was so then her resolve to get her freedom was above anything else. She arrived in New York as a child with nothing to sustain herself with. She was hired as a hairdresser, the only thing she could do. Her ability to transform the hairstyles on women’s head sustained her on the job.

Back then most of the hair brushes were made of boar hair. The bristles were soft and only applied well on Caucasian hair. The African hair needed something more robust. As a hairdresser, Newman made some adjustments on the brush in view of the African kinky hair. Her invention targeted durability, robustness, proper grooming and ease of the brush cleaning. The animal hair took considerable time took dry. The hairdressing environment needed a brush that could dry quickly when washed.

She replaced the animal hair and fur bristles with synthetic plastic. The handle was detachable from the brush to ease the washing out of the dirt. The bristles were aligned in evenly spaced rows to allow the dirt from the hair to be picked by the spaces in between. It made the brush both easy to use and hygienically friendly. The improvements were embraced by both the African and Caucasian communities. Hairdressers were quick to embrace it. The ordinary home caregivers and the general populace valued it.

In 1898 Newman sought legal protection for her new invention. She registered her new brush for patenting. On November 15, 1898, the state of New York approved her request and her invention was patented. Her hairbrush patent number was 614,273. Newman thus was one of the pioneer African Americans to patent an invention in the history of the USA. The others were Miriam Benjamin, Sarah Goode, and Judy Reed. Newman continued with her life as a private hairdresser in New York for the rest of her life.

By the beginning of the 1900s, the eligible voting bloc in the US was the male white men population. White women and other communities were excluded from any type of electioneering balloting. Newman became a member of the women emancipation movement. She was a co-founder of the New York African American chapter of the Women Suffrage Party. This was an organization that advocated for the recognition of civic and political rights of the American women. The white women organizations in the Suffrage Party worked with her in sensitizing the New York residents on the need to emancipate the women.

In 1920 and 1925, the US government conducted a population census. The findings showed that Newman was living on the western side of the Manhattan district of New York. Her job was documented as a professional hairdresser. Apart from the two censuses, nothing much is known about the later life of the inventor.

Despite the lack of information, Newman is remembered in history as a futuristic innovator. She turned a gadget that was the preserve of the rich into a daily necessity to everyone. Since its creation by Newman, the human population has been using it for the convenience of their appearance regularly. Both the high end and less privileged have a carry on kit that includes a hairbrush. A simple modification to make her work duties easier transformed the entire society.

A century after her invention, the world still uses her synthesis brush to keep itself trendy and stylish. Various variations have come out from the original patent, but the idea of durability, and convenience while using it remains the same.

The hairbrush was first used in the ancient Egyptian and Phoenician civilizations. The form and materials used have been transformed to suit the users and their environment. Newman did the same in the chain of developments. She created a brush that took care of the African hair.

Mega inventions are made to transform large societies, but the little things we do are the ones that matter the most. Newman did it to the combing brush.