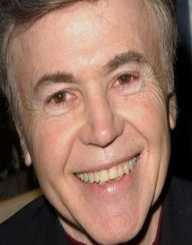 Actor and writer Walter Koenig was born on the 14 September 1936 in Chicago, Illinois to Isadore and Sarah Koenig. His parents were Jewish Lithuanian immigrants.

Walter Koenig was a pupil at Fieldston High School, Riverdale, New York. During his high school years,  he took part in various stage productions and became interested in drama. After graduating, he enrolled at the University of California, Los Angeles where he obtained a B.A. in psychology. Koening won a scholarship to Neighborhood Playhouse in New York. Students he studied alongside include James Caan, Elizabeth Ashley, and Dabney Coleman.

In 1967 Walter Koenig was cast as Pavel Chekov in the television science fiction series Star Trek. He remained with the show until NBC cancelled it in 1969 due to falling ratings. The series which was written by Gene Roddenberry centred around the crew of the starship USS Enterprise. Later, the series would be referred to as Star Trek: The Original Series. The show was cancelled despite a letter-writing campaign by fans and supporters. Star Trek later gained a cult following when it was syndicated, and a series of successful films followed.

As a stage actor, Walter Koenig has appeared in many productions over three decades including A Midsummer Nights Dream, Six Characters in Search of an Author, Box and Cox, Actors and The Boys in Autumn. He is also a scriptwriter, and credits include Family, Land of the Lost, Class of ‘65 and many others.

He wrote the book Chekov’s Enterprise (1979) which focused on the making of the first Star Trek film. He has written a fantasy novel Buck Alice and the comic book Raver. Koenig also wrote an autobiography Warped Factors: A Neurotic’s Guide to the Universe (1998).

Walter Koenig received a star on the Hollywood Walk of Fame in 2012.

Walter Koenig married Judy Levitt on the 11 July, and they had two children, a son Andrew and a daughter, Danielle. After his son, Andrew went missing during a visit to Vancouver, Canada in February 2010,  Koenig issued a statement a fortnight later advising that his son had committed suicide.