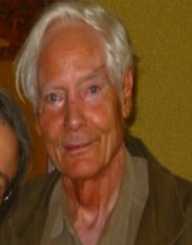 William Stanley Merwin was born on September 30, 1927. He is an American poet. He is known for his books in poetry, prose and translation skills. He lives in Hawaii and writes with vigour and passion. He is also dedicated to efforts applied towards the restoration of Hawaii’s rainforests. He is currently ninety one years old.

William Stanley Merwin was born on September 30, 1927, in New York City, United States of America. He grew up in Union City in New Jersey. In 1936, his family moved to Scranton in Pennsylvania. He became a lover of nature from a very young age. When he was five, he began writing hymns for his father who was a Presbyterian minister.

In 1952, he joined Princeton University. He later married his first wife Dorothy Jeanne Fery, and together they moved to Spain. In Spain, he visited poet Robert Graves and became a tutor to Robert’s son. While at Robert’s residence, he met Dido Milroy with whom he wrote a play and later married her, and they moved to London.

In 1956, W. S. Merwin moved to Boston where there was a fellowship at the Poet’s Theatre. He later went back to London where he met Ted Hughes and Sylvia Plath, and they became friends. In 1968, he moved to New York City and separated with his wife who lived in France. In the 1970s, he moved to Hawaii and divorced Dido Milroy. In 1983, he married his third wife, Paula Dunaway.

In 1952, he published his first book of poetry titled ‘A Mask for Janus’ in the Yale Younger Poets Series. In 1971, he published the article ‘On Being Awarded the Pulitzer Prize’ in the issue of The New York Review of Books. Auden was not happy with the publication; hence they exchanged words in public. In 1956, he became a playwright in residence at the Poet’s Theatre in Cambridge, Massachusetts, a post he held up to 1957.

In 1962, W. S. Merwin became a poetry editor at The Nation. He was also a translator of French, Latin, Spanish and Italian poetry and literature. He also translated poems from Sanskrit, Middle English, Japanese and Quechua. In 1967, he became a selector of poems for poet Craig Arnold, a post he held up to 2009. He loves writing poetry about the Vietnam War.

In 1960, he released the volume of poems ‘The Drunk in the Furnace.’ He later wrote the volumes ‘The Carrier of Ladders’, ‘The Lice’ and ‘On Open Form’ which are popular to date. In the late 1970s and early 1980s, he wrote the volumes ‘The Compass Flower’, ‘Opening the Hand’ and ‘The Rain in the Trees.’  In 2005, his work ‘Migration: New and Selected Poems’ won the National Book Award for poetry. In 2008, he released the volume ‘From the Other World: Poems in Memory of James Wright.’

W. S. Merwin was good friends with James Wright, and that is why he wrote about him. In the same year, he published ‘The Shadow of Sirius’ which won the 2009 Pulitzer Prize for poetry. Merwin is the main subject of the documentary ‘Even Though the Whole World is Burning.’ In 2010, he appeared in the documentary ‘The Buddha.’ In the same year, he founded The Merwin Conservancy with his wife. In 2016, he released the poetry book ‘Garden Time.’ In 2017, a book about his poetry ‘The Essential W. S. Merwin’ was published by Copper Canyon Press.

W. S. Merwin lives on the Northeast Coast of Maui. He is currently ninety one years old. He has many other awards to his name when it comes to poetry.