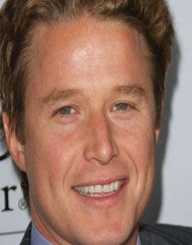 William Hall "Billy" Bush was born on 13 October 1971 in Manhattan, New York City. His family was well off; his father Jonathan Bush, a banker, was the younger brother to President George H. W. Bush (whose son George W. Bush was also President). It would’ve been surprising indeed if Billy, born into the heavily political Bush family, decided to stray far from politics.

He didn’t. Billy Bush first attended schools in Manhattan and Rhode Island before going to college to study international studies and government.

Apart from his studies, Bush found the time to participate in sports as well, captaining the lacrosse team. A couple of years later, he would find what he truly loved to do.

Billy Bush's career in radio began humbly. He started as a radio show host for a relatively small station in New Hampshire, where he developed the radio persona his audiences became used to later on. By 1997, aged 26, he moved to Washington DC. The opportunities there were better, and he had taken well to work.

That year Bush got his show: ‘the Billy Bush and the Bush League Morning Show,’ which DC audiences quickly flocked towards. The show went on until 2001.

Radio, however, was not enough for Bush. Around this time he started to look around for jobs in television and landed a game show host role with NBC.

Billy Bush also became involved with Access Hollywood, a celebrity entertainment show. The name would become infamous years later, having a tremendous impact on his future.

But for now, things went smoothly. As part of the Access Hollywood team, Bush became a regular feature in high profile events for cinema and music.

Amongst others Billy Bush worked at the Academy Awards and the Golden Globes, speaking to celebrities on the red carpet. He also hosted the pre-shows for the Oscars with ABC. Elsewhere, he also reported on the Olympics in Athens, Torino, and Beijing.

Bush's name meant he had friends in high places. His first cousin, George W. Bush, was President at the time, and another cousin Jeb Bush was Governor of Florida. Things were looking up for Billy Bush - until they weren't.

If there was a downfall of sorts, not even the most prescient commentator could have seen it coming. In 2005, Billy Bush had spoken with then-business tycoon Donald Trump before a radio interview. Over ten years later, with Trump, the Republican candidate for US President, tapes of the 2005 conversation were leaked. In the tapes, Trump talks about Bush’s female colleague in a vulgar way, as Bush laughs along.

The tape didn't prevent Mr. Trump from winning the election. For Billy Bush, however, the effect was devastating. In the aftermath of the Access Hollywood scandal, he released an apology. He was younger and more foolish, Bush admitted.

He shouldn't have encouraged Trump in what he was saying. Unfortunately for Bush, it wasn't enough. A few days after the story broke, NBC reversed a decision to keep Bush on pending a review. Billy Bush resigned from the Today Show, where he was the host, shortly afterward.

As declines go, it was not a graceful one. In the aftermath of the tape’s release and his resignation, his public image never recovered. Billy Bush's personal life was also affected, as he and his wife divorced in 2018 (with many blaming the Trump scandal as a primary cause of the split). Where Bush goes from here is open to question.

Perhaps a little bitterness remained - after President Trump denied his voice was in the tapes, Bush published an article accusing him of lying. It's hard not to sympathize with Billy Bush.

Billy Bush was an established star, a constant media presence. While he was held responsible for the tape scandal, the other participant went on to become President. The worst of it fell into his lap. Why him? And what could the future hold now?