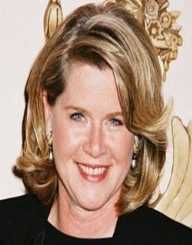 Tipper Gore is a photographer, writer, and socialite who served as the United States Second Lady between 1993 and 2001. She was married to Al Gore, the former vice president of the United States.

His father, who died in the World War II, was a plumbing supplier while her mother was a housekeeper. With the support of her grandparents, Tipper was raised by her mother.

Tipper Gore went to a private school in Episcopal, St. Agnes School. She was an active student in the co-curriculum activities including softball, hockey, and basketball; she was also a member of the school band.

After completing her school education, she enrolled at Harvard University and later went to Boston University where she graduated with a Bachelor of Arts degree.

She later pursued her Master's Degree in psychology at Vanderbilt University where she graduated in 1975.

After graduating from Vanderbilt University, Tipper Gore got a part-time job as a photographer for the Nashville newspaper. Her husband was elected into the Congress in 1976, and she worked as a freelance photographer. Gore took an active role in shaping her husband's political decisions.

Gore started a course to find a shelter for the homeless in 1984. To achieve this, she came up with a group with the aim of raising funds called Families for the Homeless.

Together with Susan Baker, United States Secretary of the Treasury's wife, Tipper Gore co-founded PMRC.  The main aim of the foundation was to sensitize young consumers on questionable contents found in some entertainment joints.

PMRC was successful in achieving its goals. Through the foundation, many products adopted more warning signs. The foundation also advocated for awareness of health problems such as HIV and Aids, mental health issues and Infant Death Mortality.

President Clinton who incidentally shared a birthday with Tipper Gore appointed her as his mental health advisor.

In 1999, Tipper Gore hosted White House Conference on Mental Health in the White House. During that year she launched NMHAC, with the aim of encouraging the Americans to seek mental health medication.

During her term as the second lady of the United States, she served various other roles including the Advisor to the Interagency Council on the Homeless and as the spokesperson for the Back to sleep campaign.

After a failed attempt by her husband to ascend into the presidency in 2000, the Gore family was no longer in the limelight.

In 2002, rumors spread that Tipper was running for a Senate seat, she, however, decided not to run for the seat.

Al Gore and Tipper Gore married on 19th May 1970 at Washington National Cathedral Church. The couple has four children.

The two agreed to go separate ways in 2000. Although the two have not formally divorced, it is reported that each of them was on another relationship. The family reunites a few times a year on family vacations.