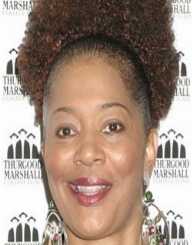 Terry McMillan was born on October 18, 1951. She is an American author. She mostly writes about the female gender. She has written books such as ‘Waiting to Exhale,’ ‘How Stella Got Her Groove Back’ and ‘Disappearing Acts.’ She is currently sixty six years old.

Terry McMillan was born on October 18, 1951, in Port Huron, Michigan in the United States of America. She attended the University of California, Berkeley. In 1977, she graduated from the university with a Bachelor of Arts Degree in Journalism. She later joined Columbia University’s Master of Fine Arts Program in Film.

In 1987, Terry McMillan published her first book titled ‘Mama’ which she promoted on her own by writing to numerous booksellers. The book later sold five thousand copies. In 1992, she published the novel ‘Waiting to Exhale’ which was a success. By the year 1995, the book had sold more than three million copies since it was a best seller in The New York Times Best Seller list. In 1995, the novel was adapted into a film. The film was directed by Forest Whitaker. The film starred celebrities such as Whitney Houston, Loretta Devine, Angela Basset, and Lela Rochon.

She later wrote the novel ‘How Stella Got Her Groove Back’ and it was also adapted into a film in 1998. The film starred Angela Basset and Taye Diggs. The other novel she wrote was ‘Disappearing Acts’ which had also been adapted into a film starring Wesley Snipes and Sanaa Lathan. The film was directed by Gina Prince Bythewood.

In 2014, Terry McMillan's novel ‘A Day Late and a Dollar Short’ was brought to television featuring Anika Noni Rose, Kimberly Elsie, Tichina Arnold, Mekhi Phifer, and Ving Rhames. The film starred the one and only Whoopi Goldberg. Terry later wrote the sequels of her novel ‘Waiting to Exhale’, that is, ‘The Interruption of Everything’ and ‘Getting too Happy.’

The other novels she has written include ‘Breaking Ice: An Anthology of Contemporary African American Fiction,’ ‘It’s Okay If You are Clueless: and 23 More Tips for the College Bound’, ‘Who Asked You?’ and ‘I Almost Forgot About You.’

In 1998, Terry McMillan got married to Jonathan Plummer, but they divorced in 2005. Jonathan inspired her novel ‘How Stella Got Her Groove Back.’ In 2012, she sold her home in Danville, California and moved to Los Angeles. She has a son by the name Solomon. She is currently sixty six years old.