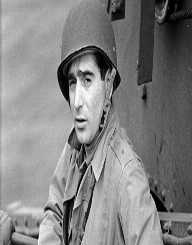 Hungarian war photographer and photojournalist Robert Capa (born EndreFriedmann) was born on October 22, 1913, in Budapest. Capa was born in a Jewish family. When he was 18 years old, Capa was accused of connections with communists and had to flee Hungary, after which he moved to Berlin.

In Berlin, Capa enrolled at Berlin University and worked part-time as a darkroom assistant. He later became a staff photographer for the German photographic agency Dephot. During this time, Nazis came to power and, being a Jew, Capa had to flee Germany, after which he moved to Paris in 1933. He began to study journalism at the German Political College, but Nazi party restricted Jews and prohibited them from colleges.

Capa was romantically involved with the photographer Gerda Taro, who also had to flee Germany for the same reasons. The two shared a darkroom with French photographer Henri Cartier-Bresson, with whom Capa later co-founded the Magnum Photos cooperative. When he was in Paris, Capa changed his name for it to sound more American and to avoid religious discrimination. His first published photo was of Leon Trotsky making a speech in Copenhagen in 1932.

Robert Capa began working in Spain in 1936, where he photographed the Spanish Civil War together with Gerda Taro and David Seymour. Taro unfortunately died, when her car crashed in an out of control tank. It was at the time when Capa shot his famous “The Falling Soldier”- a photo showing the death of a Republican soldier. The photo was published in Life magazine and Picture Post, as well as several magazines in France. Ernest Hemingway also accompanied capa. Hemingway later described his time in Spain in the novel For Whom the Bell Tolls (1940). In 2007, three boxes of film, previously considered lost, were found. The boxes contained more than 4,500 negatives of the Spanish Civil War.

In 1938, Capa traveled to Hankou, China to document the resistance of the Japanese invasion. His photos were published in the Life magazine. When the World War II started, Capa had to move away from Paris to escape Nazi persecution. He moved to New York City. He began working for Collier’s Weekly but then switched to Life magazine. He was the only “enemy alien” photographer for the Allies.

In August 1943, Capa went to Sicily with the American troops. He documented the Sicilian population suffering under the bombing of Germany and their happiness when American soldiers arrived. His picture of a Sicilian peasant indicating the direction in which German troops had gone became famous all around the world at the time. It became the symbol of the liberation of Italy from the Nazis. Later that year, Capa went to Naples and photographed the Naples post office bombing.

Robert Capa was in the first wave of American troops on Omaha Beach. Over there, Capa took his most famous images, The Magnificent Eleven- group of photos of D-day. While under constant fire, Capa managed to take 106 pictures, however, all but the 11 were destroyed in a photo lab accident in London.

Capa next went to Leipzig, Germany and captured images of a fight to secure a bridge, in 1945. One of the pictures captured the death of Raymond J. Bowman, who was shot by sniper fire. The photo was published in Life magazine.

In 1947, Robert Capa went to the Soviet Union with the writer John Steinbeck. They collaborated on a book, where Capa took photos of the war-torn nation. Steinbeck later published a book and syndicated newspaper serial A Russian Journal. The same year, Capa founded Magnum Photos together with several other photographs. The cooperative agency managed work for freelance photographers and worked to develop the excellence of photo-journalists. After founding the agency, Capa traveled to Israel, during its founding. The photos accompanied Irwin Shaw’s book Report on Israel.

In the early 1950s, Capa embarked on a trip to Japan, for an exhibition associated with Magnum Photos. While there, he was also on an assignment for Life magazine in Southeast Asia. He had previously stated that he would not work on war anymore but decided to accompany two journalists, John Mecklin and Jim Lucas on the First Indochina War. Unfortunately, the trip ended tragically. While going through a dangerous zone, Capa stepped out of the car to go up the road and photograph the advance, when he stepped on a landmine. Capa was 40 years old at the time.

Robert Capa was reportedly engaged to Gerda Taro, but when she died, he was deeply shocked and decided never to marry. In 1943, he met Elaine Justin, who was at the time married to the actor John Justin. The relationship lasted until the end of the war. He wrote about her in his memoir, Slightly Out of Focus. In 1945, she broke up with Capa and married Chuck Romine.

After breaking up with Elaine, Capa began a relationship with the actress Ingrid Bergman. He followed her to Hollywood and worked for American International Pictures. The relationship ended in 1946.