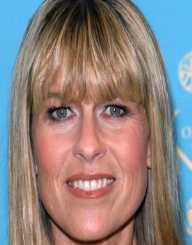 Theresa Penelope Raines was born on the 20 June 1964 to Clarence and Judy Raines in Eugene, Oregon in the United States. She has two sisters.

From a young age, Terri Irwin became interested in the rehabilitation and released into the wild of injured wild animals. In 1986 she founded a center in Oregon, Cougar Country, dedicated to the rescue and release of wild animals as well as education relating to wildlife. On a visit to Australia in early 1990, she met Steve Irwin and they couple married in 1992. Naturalist Steve Irwin was the son of the founder of the Australian Zoo and Terri Irwin moved to Australia and joined her husband working at the Australia Zoo.

Terri Irwin and Steve Irwin found fame, both in Australia and internationally, with the television programme, The Crocodile Hunter featuring documentaries about wildlife. They also ran the Australian Zoo, appearing in various events and shows which drew a big following. More than three hundred episodes of The Crocodile Hunter were made, and the show was watched by millions. Then in 2006, Steve Irwin was killed by a stingray attack which struck him in the chest when he was filming a segment of The Crocodile Hunter. Terri Irwin resolved to continue her husband’s work at the Australian Zoo. In 2008, her father-in-law disassociated himself with the business, and Terri Irwin continued running the zoo.

Terri Irwin has continued her conservation and wildlife work and is a spokesperson for the Steve Irwin Wildlife Reserve.

She was made an Honorary Member of the General Division of the Order of Australia in 2006 for her wildlife conservation work as well as her contribution towards the tourism industry in Queensland and Australia. The same year, she also won the Ernst & Young Northern Region Social Entrepreneur of the Year, and in 2007 she was awarded the Queensland Telstra Business Women’s Award. Terri Irwin was nominated by Queensland for the Australian of the Year Award in 2014 and the same year; she won the InStyle Australian Women of Style Environmental Award for her contribution to wildlife conservation. In 2015 she was awarded an honorary doctorate of Science from the University of Queensland, and the same year she won Queensland’s Award for Excellence for Women’s Leadership in Queensland.

After her to Steve Irwin in 1992, Terri Irwin moved to Australia and the couple had two children together: Bindi and Robert in 2009, Terri Irwin obtained Australian citizenship.

In 2008 Terri Irwin published a book, My Steve, a tribute to her late husband, their life together, work and legacy.