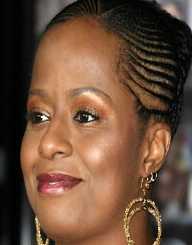 Tempestt Bledsoe is an actress critically acclaimed for her role as Vanessa Huxtable on the sitcom’s show, ‘The Cosby Show.' Besides her acting career, she is well known for her appearance as the host of Style Network’s ‘Clean House,' ‘The Tempestt Bledsoe Show’ and sitcoms television show, ‘A Different World.'

Tempestt Bledsoe was born to African-American parents on August 1, 1973, in Chicago U.S. At a young age, her parents divorced. Consequently, she lived with her mother in New York City. Bledsoe started acting at a tender age of four and attended school with an on-set tutor. Later, she enrolled at New York University where she graduated with a bachelor’s degree in Finance in 1995 and moved to Los Angeles.

Tempestt Bledsoe started her acting career at the age of four when she appeared on commercials for 'Safeway grocery Stores'; 'Kellogg’s Frosted Flakes' and 'sang jiggles.'

Later, at the age of nine in 1984, she took the role of Vanessa Huxtable, the fourth children of an affluent family on the Sitcom’s comedy series, ‘The Cosby Show’ which she played until the last season in 1992. Bledsoe’s leading role in the show had her termed as the VH1’s Greatest Kid Star of the year. The show received positive critics through its casting, depicting a nuclear family anchored by an influential father figure emphasizing the value of education.

In 1996, she performed as Grace Wheeler in the series ‘The Gift of Amazing Grace’ in season 15, Episode 4 ‘A Different World’ of ABC Afterschool special program. Later in the 90’s she hosted ‘The Tempestt Bledsoe Show’ and made brief appearances on Sitcoms films such as ‘The Practice, ‘Now Strong Medicine’ and ‘South of Nowhere.'

Tempestt Bledsoe voices Abby in the Disney’s Animated series titled, ‘The Replacements.’ In 2006, she appeared on VH1’s reality show titled,‘Celebrity Fit Club’ followed by a starring role in ‘A Different World’ alongside Darryl M.Bellfollowed by a reality show ‘Househusbands of Hollywood’ in 2009 which they also had leading roles together.

On January 26, 2011, she aired her first episode of the ‘Clean House’ on Style Network. Later in 2012, she voiced Sherriff Hooper in the animated film, ‘Para Norman’ of Laika and played as Marny on the NBC TV Sitcom, ‘Guys with Kids.’ Bledsoe reprised her role as Vanessa Huxtable on May 8, 2014, in the episode, ‘Not Your Mother’s Day’ of the American Sitcom film, ‘Instant Mom.'

Tempestt Bledsoe has been in a relationship with actor Darryl M. Bell since 1993, and the couple has starred together in the 2009 series, ‘Househusbands of Hollywood.' She is also a vegetarian.

In 1988, Tempestt Bledsoe earned a monition in Kids Choice Awards for Favorite Actress in the USA for her remarkable performance in ‘The Cosby Show.’ By and large, in 1985, she received a nomination for Young Artist Awards and earned it in 1989 as the Best Young Actor/Actress in a Television Comedy, Drama Series.

In 2006, she received a nomination for TV Land Awards for Favorite singing siblings which she earned it in 2011.

Tempest Bledsoe has a net worth of $13 million.