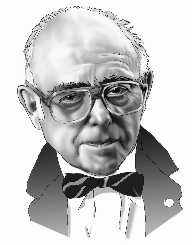 Harry Max Markowitz is a renowned American Economist born in 1927. During his career, Harry Markowitz has led to many remarkable contributions towards economic development. He was the winner of John von Neumann Theory Prize in 1989. He shared The Nobel Memorial Prize in 1990 with William Sharpe and Merton Miller. This was for their remarkable contributions to financial economics.  He came up with a theory to explain ways of taking investment to a higher level in 1950s. His interest in physics and philosophy developed way back in his high school days. The work of David Home, a Scottish philosopher, was his great influence.

Harry Max Markowitz was born on August 24th, 1927. His place of birth was in Chicago, USA. He was an only child of Mildred and Morris Markowitz. The Jewish family ran a small grocery store.

After his early education, Harry Markowitz joined the University of Chicago for his undergraduate studies. In 1947 he graduated from the university with a degree in philosophy. He then majored in economics from the same university. During this time he fell in love with the work of Leonard Savage and Jacob Marschak. Meanwhile, he researched Cowles Commission for Research in Economics located in Chicago. By 1950 he was through with his studies and attained his M.A. degree. In 1955 he had his Ph.D. after presenting his thesis on the stock market.

He rejoined RAND Corporation in 1960. He came up with his first simulation programming language also known as SIMSCRIPT. In 1962 he met with Herb Karr and with his help founded the California Analysis Center which became CACI International later. In 1968 he worked at Arbitrage Management Company where he came to be the CEO in 1970. Stuart & Co took over the company in 1971 and Markowitz decided to quit. He then became finance professor at the University of California in San Diego, particularly at Rady School of Management.

He was among the founders of Guide Choice which provided detailed information on accounts and investments.  He has been a professor of economics at Baruch College since 1982. The college is under City University in New York. He became a member of the Institute for Operations Research and Management Studies in 2002. Lately, he guides retirees on the distribution of wealth as a retired economist.

Harry Markowitz won the John von Neumann Theory Prize in 1989. This was presented to him by the Operations Research Society of America. In 1990 he was presented with Nobel Prize for his contributions in Economics. He also had the honor of receiving the Fred Arditti Innovation Award in 2009 by CME Group.

Harry Max Markowitz wedded Barbara, and the two are still together.