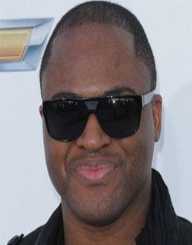 The English musician/songwriter, Taio Cruz, is famous for his album Departure and Rokstarr. Some of his greatest hits include I Just Wanna Know, Dynamite and Break Your Heart. He performed during the closing ceremony in the 2012 Summer Olympic Games in Landon.

Taio Cruz was born on 23rd April 1985. His father is Nigerian born English while his mother is of Brazilian roots.

He began his education at Bilton Grange prep school before moving to Christ's Hospital school, a boarding school at Horsham, West Sussex. After school, Cruz started focusing on his musical career. His focus initially was singing, but he later shifted his into writing music

Taio Cruz's career set off at RedZone Entertainment where he was part of the Tricky Stewart. His breakthrough came in 2005 when he received Brit Award for co-writing Your Game in 2004.

At 19, he signed a publishing deal and immediately released his debut single I Just Wanna Know. The song featured in the top 30 U.K pop hits.

In 2008, Taio Cruz released his debut album Departure. Some of the hits the album includes Moving On. Just like his first hit the song featured in the U.K top 30 singles. His third single Come On Girl featured Luciana featured as number 5 in the U.K hits. Cruz's star continued to shine so as his growth in music.

Reports say Cruz narrowly missed the chance to record Rihanna’s Umbrella. The song later became a hit around the world.

Taio Cruz announced himself to the world in hit song Take Me Back. The song hit top three in UK Singles Chart.

He released an application for Android users in 2013. The app was designed to help his fans interact with him quickly. Kewe app was released on 18th August 2013.

On 27th April 2015, he released his award-winning singing ‘Do What You Like.’ The single won the Grammy Award.

The singer later took a two-year break from singing between 2015 and 2017 before he came back with the hit Row the Body. In this single, he featured the French sensation, Montana.

Some of Taio Cruz's most notable songs he wrote and produced is Take Me Back.  He wrote Justin Bieber’s in 2011. In the same year he wrote I’m Into You a single that featured Jennifer Lopez and Lil Wyne.

Even though he is not the sole writer for Nothing but the Beat, David Guetta's album, he significantly participated in the production of the album.

He wrote Little Bad Girl for Usher and later Mechanics of the Heart for Cheryl Cole in the hit album A Million Lights.

In 2009, the artist launched a fashion store Rokstarr brand. It specialized in sunglasses. The company later changed its name to RXTR.

After changing its name, the brand incorporated watches and jeans. In various interviews, Cruz has said the fashion store has plans of expanding it to t-shirts and different other products.