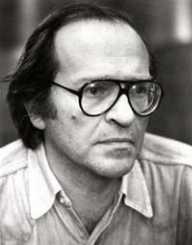 Born on June 25, 1924, Sidney Lumet was an American director, producer, and screenwriter. He is known as one of the prominent producers and filmmakers of his time. Noticed for his production of over 50 films, his works were nominated and won several awards. Some of his famous films are Network, which won four Oscars, Dog Day Afternoon, The Verdict and 12 Angry Men. Critics in the film industry have praised him for his craftsmanship and the way he got involved in his production. His directions to the actors he worked with were spectacular and have been confirmed by some actors who worked with him. He was awarded an Academy for Lifetime Achievement in 2005 for the services rendered in amotion picture, production and directing.

Sidney Lumet was born in Philadelphia to Parents Baruch Lumet and Eugenia Lumet, who were also inclined in the entertainment industry. His dad was an actor, producer, and writer while his mother was a dancer. Sadly Eugenia Lumet died when Sydney was just a child. Sidney Lumet was a child actor who had a radio debut at age four, and at age five he gained a stage debut at the Yiddish Art Theatre. His young acting continued to flourish as he gained several appearances in Broadway plays like The Eternal Road and Dead End. Growing up, Sidney Lumet also featured in Papirossen, a short film by Henry Lynn. Having gained interest in the movie industry, he enrolled at the Professional Children’s School where he studied acting.

He furthered it at the Columbia University. He also appeared in One-Third of a Nation in 1939. Sidney Lumet joined the US Army as a radar repairman in India and Burma during the World War II. After the war, he joined Actors Studio, and from that, he formed a theatre workshop. As has gained more experience in the field, he formed a group in which he was a director at the same time directed at the summer stock theatre and also a drama coach.

Sidney Lumet began his career in a small way as an Off-Broadway director, but subsequently gained roots in the directing profession. In 1950, he started directing television and did lots of work in that field. The high demand in that area made him develop what is termed “lighting quick” to meet such demands. Sidney Lumet worked with CBS where he directed Danger, 1950-55, Mama, 1949-57 and You Are There 1953-57 of which episodes were released each week.

Sidney Lumet gained several accolades in his production works with some play like Playhouse 90, Kraft Television Theatre and Studio One. He filmed over 200 episodes in these plays which cemented his credentials and capabilities in the field.

Sidney Lumet made his debut movie, 12 Angry Men, which sent a clear message to other directors that, there is a new King on the block. The way he was able to adapt to motion pictures coming from the theatrical background was spectacular. The films gained several positive reviews for the quality of directing. Some works done in 1959 include The Fugitive Kind, Marlon Brando, Anna Magnani and Joanne Woodward. Sidney Lumet gained more popularity with the film The Sacco-Vanzetti Story in 1960. Due to the controversy attached to the movie, it was thought that his career would be affected negatively, however, the opposite happened.

Sidney Lumet gained more directing jobs after that some which include The Iceman Cometh, A View of the Bridge and Long Day’s Journey into Night all in 1962. Throughout his work, Sidney Lumet ensured that he accessed ideas from the crew he was working with. He believed that when all hands come on deck, a perfect result is obtained. His active communication and idea seeking nature contributed to his successful career. Coming from an acting background, Lumet also empathized with actors and always presumes to be them on set. Sidney Lumet ensured each part of the film he does was rehearsed well and that the actors fit in the casting role. Though he worked with some fresher, he prepared to work with more experienced hands.

Whiles some directors and producer and writers are fascinated with working in Hollywood, Sidney Lumet preferred to be identified with New York. He said due to the sophisticated nature of the place coupled with the daily good, bad and ugly activities, it always brought about ideas and helps you encounter real life each day. According to him, producing in New York is reality while Hollywood is a fantasyland.

Sidney Lumet marriage life was characterized with divorce and remarry. He married four times first to actress Rita Gam, 1949-55, Gloria Vanderbilt, a socialite from 1956-63 and to Gail Jones from 1963-73. His last marriage was to Mary Gimbel from 1980 till his death. He had two daughters, Amy and Jenny. Lumet died of lymphoma in his Manhattan residence on April 9, 2011, at age 86.

Sidney Lumet received awards for some of his productions. In 1974, 1975 and 1976 he received Academy Awards for the films Murder on the Orient Express, Dog Day Afternoon and Network which won four Oscars for their respective years. He also received British Academy Film Awards, New York Film Critics Circle Awards, and Venice Film Festival awards for most of his productions. Aside the awards, he had several acclaims from critics in the movie industry for his excellent work delivery and his commitment to perfect work.