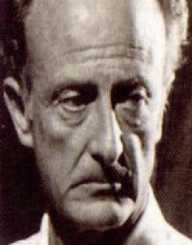 Fred Zinnemann was born on April 29, 1907, in Vienna, Austria. His parents were Anna Feiwel and Oskar Zinnemann. He also had a younger brother.

For Zinnemann’s post-secondary education, he attended the University of Vienna. Here, he studied both music and law. However, he only graduated with a law degree (not music) in 1927. In the same year that he graduated, he moved to France. Here, he studied at the Ecole Technique de Photographie, where he focused not on law or music, but cinematography. He stayed here for a year before completing his education.

Fred Zinnemann earned his first film job in 1930 when he began working as a cameraman in Germany. Later in the same year, he moved to the United States and set his eyes on Hollywood. He first worked as an extra in the backgrounds of movies.

Throughout the 1940’s, Zinnemann’s career was progressing quickly. He continued to work with MGM. His success in movies in the 1930’s encouraged the film company to expand his movie budget. In 1944, he got to make his first big-budget movie called The Seventh Cross. Throughout the rest of the 1940’s he focused on a mix of comedic movies and war movies.

Violent movies, like war movies, brought Fred Zinnemann more fame throughout the 1950’s By this time, he was becoming well-known throughout the film industry and among movie fans. Some of his most famous movies were made during this decade. From Here to Eternity, The Old Man and the Sea, and High Noon were all made in the 1950’s.

The 1960’s were a messy time for Fred Zinnemann. In this decade, he had more flops than he had in decades previously. However, near the end of the decade, he had a huge success, A Man for All Seasons, which helped to save his reputation.

The 1970’s and 1980’s marked the end of Zinnemann’s career. During this time, he only made three films: The Day of the Jackal, Julia, and Five Days One Summer. Some of the other popular movies Zinnemann directed throughout his career are listed below.

The Nun’s Story
Oklahoma! (1955)
The Member of the Wedding
Act of Violence
Little Mist Jim

Throughout his long film career, Fred Zinnemann has won over three dozen awards, and he has been nominated for three dozen others. Some of his most prestigious awards are listed below.

Fred Zinnemann has won the following lifetime achievement awards or the equivalent from these award shows/groups: Director’s Guild of America and the German Film Awards. He has also won the following fellowship awards: BAFTA Academy Fellowship and the British Film Institute Fellowship. He earned his star on the walk of fame in 1960.

Fred Zinnemann married Renee Bartlett in 1936. Together, they had one child: Timothy. The marriage ended with Zinnemann’s death.