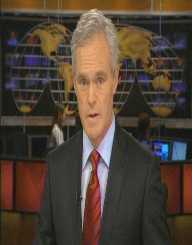 American television journalist Scott Pelley was born in San Antonio, Texas on the 28 July 1957 to  John Elmer and Wanda Pelley.

Scott Pelley attended Coronado High School, and after graduating, he studied at Texas Tech University but left without a degree.

During 1993 he reported on the  World Trade Centre bombing as well as the siege in Waco, Texas. In 1995 he also reported on the Oklahoma City bombing. From 1997 until 1999 he was the Chief White House Correspondents for CBS News. During his time  the Monica Lewinsky affair occurred which led to the impeachment of President Clinton. Pelley joined 60 Minutes in 1999 and assignments included interviewing president-elect George W Bush, covering September 11 and the collapse of the World Trade Center. He moved to 60 Minutes on Sunday in 2004. Pelley continued reporting on all the major issues of the times including the economic collapse of 2008, wars, climate change and terrorism. His 2008 interview with the chairman of the Federal Reserve Bank Ben Bernanke won an Emmy.

In 2011 Scott Pelley was a correspondence with 60 Minutes as well as the managing editor and anchor for the CBS Evening News. When Pope Francis visited the United States, Pelley covered it after having earlier been granted an interview at the Vatican with the pope just before the visit. In June 2017 Pelley signed off from his role as news anchor for CBS Evening News, returning to 60 Minutes as a full-time correspondent.

He married Jane Boone in 1983, and the couple had two children together.