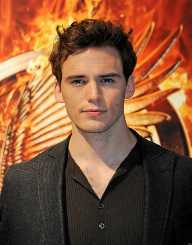 Samuel George Claflin was born on June 27, 1986, in Ipswich, Suffolk. He was the third son of his father Mark, a finance officer and his mother Sue, a classroom assistant. His youngest brother Joseph is also an actor. Claflin grew up in Norwich, Norfolk.

As a child, Claflin wanted to become a professional football player and played throughout his childhood. However, he broke his ankle, and it prevented him to fulfill his dream. His parents and teachers then persuaded him to turn to acting. He had made his stage debut at his high school play. Claflin became the member of Norwich City School of Excellence and took up Performing Arts program at Norwich City College. After graduation, he went on to study at London Academy of Music and Dramatic Art and graduated in 2009.

Sam Claflin made his on-screen debut in 2010, appearing in the television miniseries The Pillars of the Earth and the TV series Any Human Heart. The following year, he was cast in the film adaptation of The Spook’s Apprentice called The Seventh Son. However, he dropped out of the project. In 2011, Claflin appeared in the BBC TV drama United, where he portrayed football player Duncan Edwards during the events of 1958 Munich air disaster.

Claflin gained widespread recognition after starring in the 2011’s film Pirates of the Caribbean: On Stranger Tides, where he portrayed Phillip Swift. For his role, Claflin was nominated for 17th Empire Awards for Best Male Newcomer. The following year, he appeared in the 6-episode series White Heat and played a supporting role in the film Snow White and the Huntsman. For this role, he was nominated for 2012 Teen Choice Awards in category Best Movie Breakout. In 2012, he also stared in the lead role of The Quiet Ones, which was released in 2014.

In 2013, Claflin starred in the film adaptation of novel Where Rainbows End, named Love, Rosie. The same year he also starred in the TV film Mary and Martha on BBC One. He received critical acclaim for his role as Oxford University student Alistair Ryle in British thriller The Riot Club. In 2016, Claflin starred in The Huntsman: Winter’s War and the romantic drama Me Before You.

Sam Claflin started dating actress Laura Haddock in 2011. In 2013, the couple married and in 2015 had their first child.