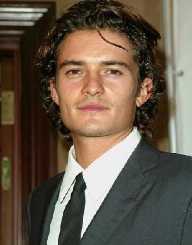 Orlando Bloom was born on January 13, 1977, in Canterbury, Kent, England. His parents are Colin Stone and Sonia Bloom. Orlando Bloom had grown up believing that Harry Bloom was his father, as he was his mother’s husband. He would not find out the truth of his parentage until he was a teenager. He also has a sister, Samantha.

Orlando Bloom grew up in a religious household. He and his sister were raised in the Church of England. They both read the Bible often and even recited it at home. Aside from religion, the arts were also an important component of the Bloom household. The family especially loved the art of acting. Orlando Bloom even joined the National Youth Theatre as a teenager. He was later inspired to study acting professionally later in life because of his family's love of the theater.

One of the first post-secondary schools that Orlando Bloom attended was the British American Drama Academy. After finishing his studies at the academy, he started his early career.

He had some small parts in television shows. Not much later, he continued his studies that the Guildhall School of Music and Drama. There, he focused on acting on the stage and in front of the camera.

After his role of Will Turner and Legolas, Orlando Bloom had no more roles in a franchise. He did, however, continue to act. Some of his most famous movies are listed below.

The Kingdom of Heaven

In 2013, Orlando Bloom returned to his role as Legolas, this time in the Hobbit Trilogy. His character was not in the first installment of the trilogy, but Legolas did play a part in both The Hobbit: The Desolation of Smaug and The Hobbit: The Battle of Five Armies.

Orlando Bloom’s career seems nowhere near over, and he is expected to be in many more movies in his lifetime.

In Orlando Bloom’s short acting career, he has taken on some major roles which have earned him some major awards. Some of his most prestigious awards are listed below.

Empire Awards, the UK for Best Debut (The Lord of the Rings: The Fellowship of the Ring)

Online Film Critics Society Awards for Best Ensemble (The Lord of the Rings: The Two Towers)

Awards Circuit Community Awards Best Cast Ensemble (The Lord of the Rings: The Return of the King)

MTV Movie Awards, Mexico, Sexiest Hero (Pirates of the Caribbean: The Curse of the Black Pearl)

Orlando Bloom Earned his star on the Walk of Fame in 2014.

Outside of his acting awards, Orlando Bloom was also made a UNICEF Goodwill Ambassador in 2009.

Orlando Bloom has also won several awards for his charitable works. Some of these include the Britannia Humanitarian Award and the Bambi Charity Award.

Orlando Bloom was first married to Miranda Kerr in 2010. Shortly afterward, the couple had a son together, Flynn. Sadly, the couple divorced in 2013.