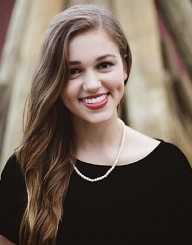 Sadie Robertson is an actress, reality TV star and social media celebrity. She found success quite early in her career with the show Duck Dynasty. Robertson comes from a family of famous & established TV actors, and she has made a successful career in a very short amount of time and at a very young age. She is also an author, a public speaker, and an athlete.

Sadie Carroway Robertson was born on June 11, 1997, in West Monroe, Louisiana, USA. Her star sign is Gemini.  Sadie’s father Willie Robertson and mother Korie Howard Robertson are TV actors themselves. Her grandfather Phil is the founder of Duck Commander, a company that makes Duck hunting franchise.

Sadie Robertson was interested in acting from an early age, and her family supported her decision to pursue a career in the acting industry. Before that, she was an active athlete. She has attended the Ouachita Christian School.

Sadie Robertson began acting before she became quite famous in social media. She acted in films like ‘God’s Not Dead’ and ‘I am not ashamed.’ These shows made her quite renowned among young viewers. She gave her voice in the song Away in a Manger for the album Duck the Halls, released by her family.

Sadie Robertson was always a recognizable face on American television due to her being from a family of actors. But she didn’t get much stardom in her first career. It was when she appeared in the show Dancing with the Stars that she caught the attention of the viewers.  She finished first-runner up on the show.

After her success on Dancing with the Stars, Sadie Robertson appeared on the show Duck Dynasty. The show focused on the life of her family members and became quite popular in the US. She then proceeded on to make her youtube channel ‘The New Different.’  This channel brought her in connection with thousands of young people who soon became die-hard fans.

Sadie Robertson is also running other successful businesses in partnership with others.  She has partnered with Sherri Hill for a prom dress line, with Glory Haus for school supplies and jewelry, with rue21 for fashion products, and with Roma Boot on fighting poverty and other charity work.

Sadie Robertson is also an author and her book “Live Original” is a New York Times bestseller.

Like other celebrities, Sadie’s personal life is also always under media scrutiny. She’s often in the news for her relationships. In 2014, when she was 17 years old, she dated Blake Coward. The relationship didn’t last long. She was then romantically linked to her cousin after they were spotted at a prom in the year 2016. This sparked quite a lot of controversy and buzz among her fans.  She denied the rumors.