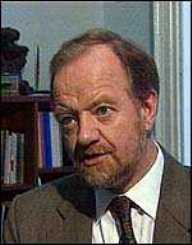 Robin Cook was born as Robert Finlayson Cook on February 28, 1946, in Bellshill, Scotland. He was the only child born to Peter and Christina Cook. The son of a Chemistry teaching father, Cook, grew up and went to Aberdeen Grammar School before proceeding to Royal High School. He graduated from the University of Edinburgh with a degree in English Literature.

He got his Master in Arts degree from the same institution. He enrolled for his Doctorate but abandoned his studies before graduating. He took a teaching job in a secondary school before joining politics.

In February 1974, Robin Cook got elected into the British parliament as the Labor Party Member of Parliament representing Edinburgh Central. In 1983, he moved to Livingston constituency after the British electoral body revised the elective boundaries.

He proved an independent-minded backbencher who voted by his conscious without adhering to party lines. As a member of the socialist click within the Labor Party, he became an active backbench debater and vocal critic of the government’s capitalist policies.

In May 1979, the Labor Party lost in a surprise defeat to the Conservative Party. The shock defeat prompted young members of the party to demand reforms. Cook joined the agitation for party reforms in the 1981 party leadership elections. He rapidly rose through the party hierarchy to be part of the shadow cabinet. Despite being in the opposition, Cook engaged the government side on brilliant debates in parliament.

Robin Cook served as the shadow Health, Trade, and later Foreign Secretary. He forged a close relationship with party leader Neil Kinnock and then Tony Blair during the Reformation period.

As a parliamentarian, he supported various legislations in Britain. He voted for devolution of government functions, enactment of the Human rights Act, reformation of the House of Lords among others. Cook favored the reforms in the British electoral system which lost in a parliamentary vote in May 2011.

The Labor Party came back in power in the 1997 election under the leadership of Tony Blair. Dubbed the reformed Labor Party, they defeated the conservatives after almost two decades.

Britain received a negative response after offering to mediate between India and Pakistan on the long-standing Kashmir dispute. He brokered a deal that saw Libya hand over two Pan Am Airline bombing suspects tried in the Netherlands under Scottish law. Despite his dovelike demeanor, Cook ruffled a few feathers. He created diplomatic tension between Israel and Britain after criticizing the expansion of Jewish settlements in Palestinian territories.

Though it was never confirmed, Blair removed cook from the Foreign Secretary post fearing that his Secretary was too pro-Europe when Britain struggled to contain the Euro currency. In May 2001, Cook won the presidential vote to lead the Party of European Socialist. This was an umbrella organization of all the Socialist leaning parties in Europe. He served as the president until April 2004.

With mounting pressure from the US Prime Minister Tony Blair resolved to commit British soldiers to invade Iraq. Blair, like US President George Walker Bush, held the opinion that Iraq had weapons of mass destruction.

The weapons were never found. The Iraqi invasion elicited furious debate within the cabinet members. On March 17, 2003, Robin Cook resigned from cabinet in protest of committing British soldiers without the endorsement of international partners. He got a rare standing ovation from both sides of the parliament.

With his exit from the cabinet, Robin Cook resumed his erstwhile passion of debating on the floor of parliament. He gave insightful evidence against the invasion of Iraq to a parliamentary committee.

He spearheaded the stalled reforms of the House of Lords and supported the ratification of the European constitution by Britain. Despite his low profile in the party, he vigorously campaigned to halt the exodus of members of the party during the 2005 British general elections. The Labor Party won the polls led by Gordon Brown.

Robin Cook married Margaret Katherine Whitmore on September 15, 1969. He got two sins with her. The couple divorced on March 13, 1998. He remarried Gaynor Regan on April 9, 1998, and stayed together until his death.

Robin Cook died on August 6, 2005, while on holiday in Scotland. He collapsed and fell. He was pronounced dead on arrival at the Raigmore Hospital. He was buried in the Grange Cemetery in Edinburgh.

A socialist politician, Robin Cook, stood out for his open-mindedness in all his debates in and out of government. He stood for the party ideas and not personalities or political machinations. His epitaph on his grave confirms his determined personal convictions.