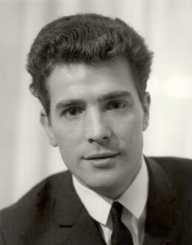 John Stephen was a British clothing designer who became famous for dressing The Rolling stones in the 1960s.

John Stephen was born in Glasgow, Scotland on August 28, 1934. He grew up and went to local schools in Glasgow. He graduated from high school and took a vocational trade. He became an apprentice at a local welder’s garage. In 1952, he left Glasgow of London aged 18 years. He moved around doing odd jobs until he settled in the male clothing shop Vince Man Shop located in Central London.

Stephen stayed at the male boutique for a while before resigning. He started his own shop in 1956 in the Beak Street of London. After a fire gutted down the premise, his landlord took him to a small street alley in the neighborhood called 5 Carnaby Street. He created a partnership with his childhood friend Bill Franks to restart the business in 1957. They painted their shop outlet called His Clothes, with a noticeable yellow color. They fitted a loud music system and played loud music to attract young British men. He also employed young workers who acted as models for the clothes and resonated well with the buyers. The marketing strategy worked on young men.

Young buyers started coming in for stylish apparel. The outlet sold the three buttoned jackets, slim fitting Italian shirts, and other continental European shirts. Stephen became famous for his Italian and French designed shirts and jeans trousers that were popular with the fashion revolution in London. He paraded various colors for the various tastes of the young patrons. His outlet in 5 Carnaby Street acquired a cult following among the youth.

He expanded his business model and marketing strategy revolutionized British fashion culture. Several outlets in London emulated his trend in apparel and marketing gimmicks. Stephen had set a cultural revolution was emulated by an entire generation. Some of the businesses that copied his model include Take Six, Lord John, Mates, and Gear.

From the small alley in the backstreets of London, Stephen soon increased his foothold in London. He opened other shops in different locations within London. To increase production in the expanding business, Stephen built a cloth manufacturing factory in his native Glasgow. He signed international business franchises in the US and Russia and became the fasted expanding clothing business in Britain.

He incorporated a women outlet next to the original shop named his clothes. He called the first women clothes to shop at 5 Carnaby Street, TreCamp. Stephen started attracting the British musicians of the day. They included The Kinks, Rolling Stones, Small Faces and The Who. Stephen became synonymous with the Swinging London fashion revolution. High profile personalities took notice of his trendy fashion style. They became regular customers in his outlets. Celebrity British musicians like Billy Fury Barry Gibb and Cliff Richard cemented the superiority of the fashion revolution created by Stephen.

As fashion trends faded out fast, Stephen kept up within the new trends. He changed to the trending fashions prior to his competitors in the clothing industry in London. He soon shipped in collar designs meant for the office working and elegant men of the upper class. He paired the designs with the trendy French modeled women clothes to capture style and elegance. His market looked up to him/ Stephen became the pacesetter of the London fashion world.

In early 1970, Stephen registered his clothing outlets into a company. He floated the company shares on the London stock market in 1972. He closed the company in 1975 and created another clothing company Francisco-M. The previously dark alley of 5 Carnaby Street became part of the Victoria & Albert Museum. The museum renovated it and gazetted it as a historical artifact. When the fashion shops relocated to the Chelsea area of London in 1973, Carnaby Street became a popular tourist center.

Stephen imported high-quality European clothes with his new company Francisco-M. He signed other local franchises with British outlets for the sale of his imported cloths.

Stephen died on February 1, 2004, in London. He is remembered for his work on the 1963 film production Sing and Swing. He also did artistic work on two other films, the 1966 production Carnaby M.D. and the 1966 film A Whole Scene Going.

The Westminster City council in London erected a commemorative plaque at Carnaby Street in remembrance of the fashion revolution created by John Stephen.

He was known as The King of Carnaby Street by all the fashion overs of the 1960s. He identified the need for a fashion shift for the young fledging men and women that mirrored the trendy music. He employed a different approach to marketing and succeeded. He introduced the high turnover fashion trends in the conservative British society when the young wanted the liberty to wear what they chose.

He created 15 outlets within a span of less than a decade. Stephen became the epitome of British fashion trends. He will always be credited to bringing the continental Europe fashion designs to the British for years to come. He went into an alley in the backstreets of London and transformed it into the fashion capital of Britain.