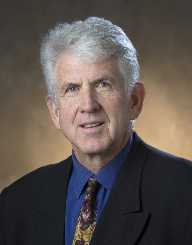 Robert Metcalfe is a multi-faceted American inventor whose work on the Ethernet propelled him to great fame and ventures.

Despite being a genius, multi-millionaire, and business entrepreneur, Metcalfe enjoys the quiet and suburban life with his wife, Robyn. When he is not preoccupied with his works, he spends the time with her on their 450-acre Kelmscott Farms located in Maine tending to rare pigs that weigh up to 200 pounds and also raises and breeds other farm animals of rare breeds such as cows, chickens, goats, sheep, and horses. He and Robyn started their farm back in 1993 and has kept to it until now.

Metcalfe was born on April 7, 1946, in Brooklyn, New York to a gyroscope test technician father and a housewife mother who later on served as Bay Shore High School’s secretary. Metcalfe attended Bay Shore High School in 1964 and enrolled at Massachusetts Institute of Technology where he paid for his college fees by working on night shifts as a computer programmer. At MIT, he served as the captain of the tennis team. By 1968, he graduated with two degrees on MIT; Industrial Management from the university’s Sloan School of Management and Electrical Engineering.

A naturally curious man, he enrolled at Harvard where he received his MS in 1970 for Applied Mathematics and Ph.D. in 1973 in Computer Science.

Upon graduating from Harvard, Metcalfe found employment at Palo Alto Research Center or simply PARC by Xerox. While he was working there, he was tasked with putting together a new prototype PC called the Alto that uses a mouse and graphical interface. While figuring out the workings of the PC, he discovered a paper from a friend’s house about the Aloha Net located in Hawaii. This discovery inspired him to fly to the location to study it and a few years later, he invented the Ethernet in 1973. With Metcalfe’s invention, it allowed computers to send packets of information without colliding with the incoming ones.

Come 1979, he left PARC to focus on his new firm called 3Com. 3Com was established with the purpose of selling Ethernet’s commercial version and other products and services as well. He launched 3Com in 1984 which prompted him to multimillionaire status.

In 1990, he left 3Com and the same year, he became publisher at InfoWorld, shortly after he visited a colleague at the University of Cambridge. At InfoWorld, he also served as a CEO and columnist where he contributed writings on a weekly basis.

In 1966, Metcalfe was awarded the IEE Medal of Honor.

On March 14, 2003, he had the pleasure of receiving the National Medal of Technology as awarded by then US President George W. Bush for his work on the Ethernet. The same year, he also received the Marconi Award.

He was also inducted to the National Inventors Hall of Fame on May 2007 in Akron, Ohio along with 17 others for his work on the Ethernet as well.