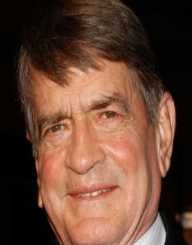 Charlie Wilson is a former member of the U.S. House of Representatives from his native Texas’ 2nd congressional district. He is famous for actively carrying out the Operation Cyclone, which secretly doled out high-quality missiles and weapons to the Jihadi outfit Afghan Mujahideen to fight against the Soviet army, resulting in one of the biggest proxy Cold Wars in history.

Wilson was born in Trinity, Texas. His father was an accountant. He has a younger sister named Sharon. Wilson graduated from Trinity High School in 1951. While attending Sam Houston State University, he received a call from the United States Naval Academy. Wilson completed his B.S. in Engineering in 1956.

After graduating, Wilson joined the United States Navy and quickly rose to the position of a lieutenant. Then he worked at The Pentagon, where he was engaged in a classified operation of evaluating Soviet’s nuclear forces. Wilson was interested in politics from a very early age. Such enthusiasm was bound to propel him fast into the political scene. In 1960, Wilson canvassed for John F. Kennedy’s presidential campaign. While doing this, Wilson violated the Navy norms and regulations and ran for a Democratic Texas state representative ticket. He was aided by his friends and family who campaigned for him on his behalf as he had to get back to the Navy. One year later, he became a part of the Texas state legislature.

Wilson continued as a representative for twelve years before getting elected to the United States House of Representatives from the second district of Texas. The “liberal from Lufkin” had built up a solid reputation in those years advocating for a number of social causes like tax exemptions for the elderly, Medicaid, abortion rights, regulation of utilities, Veterans' Affairs funding for military veterans etc.

Wilson quickly gained respect among his fellows and was appointed to the United States House Committee on Appropriations. Wilson fought vociferously for women’s rights. He won the backing of women and African Americans. He was known for his ability to manoeuvre other congressmen to get their votes for the bills he endorsed.  Wilson’s bargaining and negotiating capabilities earned him the sobriquet ‘the best horse trader in Washington’. But that was not the only nickname Wilson earned in his career.

Wilson led a notoriously lavish life and was referred to as ‘Good Time Charlie’ for his hedonistic lifestyle. Wilson never downplayed his playboy image and indulged in a variety of erotic practices. He partied hard and was a habitual drinker. He was also involved in a hit and run incident due to drunk driving but got away without any charges. It is believed that Wilson also allegedly took cocaine but he never confirmed it publicly and investigations led to nothing. He is known to have had the company of female escorts and his office staff consisted mostly of glamorous young women who were famously dubbed as ‘Charlie’s Angels’

In 1980, Wilson came to know about the situation in Afghanistan where the Afghan Mujahideen was rebelling against the Communist government who sought help from the Soviets to fight the rebels. The Soviet invasion directly resulted in a mass exodus as Afghan refugees fled to Iran and Pakistan in large numbers. Wilson, a lifelong anti-communist, used his position on House Appropriations Subcommittee on Defense to redouble the appropriations to Afghanistan.

It started as a minor increase, but throughout the decade the CIA budget to Afghan rebels crossed hundreds of millions of dollars, courtesy of several secret deals and operations which also saw a transfer of high-quality weapons and missiles and provision of military training.

In 1989, the Soviets finally left Afghanistan and Wilson was lauded by the American press and public. He was bestowed upon with the Honoured Colleague Award by CIA.

Wilson’s hedonistic lifestyle is a much-publicized affair. He married twice. His first marriage was with Jerry Carter in 1973. They divorced ten years later. Wilson retired in 1996 but continued to keep a keen interest in the politics of Pakistan and Afghanistan. In 1999, he married Barbara Alberstadt. They remained together until his death in 2010 due to cardiopulmonary arrest. The book Charlie Wilson's War: The Extraordinary Story of the Largest Covert Operation in History (2003) meticulously documents Wilson’s role in the Soviet-Afghan war. In its film adaptation, Tom Hanks donned the role of Wilson.