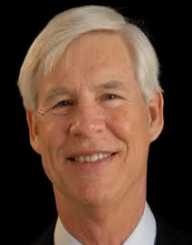 Robert Engle is an American scholar in mathematics and economics. His research contribution led to his winning the Alfred Nobel Prize in Economic Sciences in 2003.

Robert Fry Engle III was the son of Robert Fry Engle Jr. and Mary Engle. Born in New York on November 10, 1942, he was named after his father who also shared his name with his grandfather. He was raised in the Puritan society of the Quakers in Syracuse New York.

Robert Engle's lecturing career started in 1969. He got a job soon after his graduation from Cornell University. He lectured at the Massachusetts Institute of Technology for six years. This was from 1969 to 1975. Engle then moved to the University of California in San Diego or UCSD. Engle, then an associate professor, eventually became a professor in 1977.

While still working at UCSD, Robert Engle lectured at the New York University. At the school of business, he rose to be the Michael Armellino Professor of Finance, the highest post at the department.

As a research scholar and lecturer, Engle was a regular to academic publications. His immense contribution was felt by the Journal of Applied Econometrics. He was not just a writer, but also became a contributing editor from 1985 to 1989.

Robert Engle's award-winning work started in the early 1970s. His deep involvement in economics saw him come up with relevant methods in actuarial risks. Throughout the years, Engle with his team modified and polished their mathematical formulas to precision.

This new way of calculating risk helped the banking and financial industry, find the correlation of volatile periods in the money markets. His hypothesis was called the autoregressive conditional heteroskedasticity.

The full name of the hypothesis was later initialed to ARCH. In his findings, Engle concluded that volatility was corresponsive to the earlier margin of errors of the past. Marginal errors brought in marginal volatility, while major errors brought about major volatility in the money markets.

The concept made the actuarial departments in the money markets design various tool in helping them discern future fluctuations in risk management. The tests done proved accurate. Thus the hypothesis of ARCH became acclaimed worldwide for its accuracy. It has also helped in the stabilization of pricing in the stock and insurance markets.

Professor Engle was awarded the Alfred Nobel Prize in Economic Sciences in 2003. He was hailed for his work in producing methodical formulas. The methods have over the periods gone by helped actuarial economists in mitigating risks in the volatile investment markets. This prize was awarded to Engle and his researching partner Clive Granger.

In his bid to promote research, Engle has contributed to the establishment of academic societies and research laboratories. One of them is the Volatility Institute. This institute is domiciled at the New York University.

Another example is the Society for Financial Econometrics. This is a community of economic experts who come together to share progressive ideas on how to enhance the field of study.

Robert Fry Engle got married to Marianne in August 1959. They have two children. The daughter, Lindsey and the son called Jordan. His two sisters are also in research activities. Patricia works with the global children fund UNICEF, while Sally is an anthropologist.

Professor Robert Fry Engle was a bright student from his childhood. His love for research has led him to develop accurate methods for the global money market. His concept took him over a decade to develop.

Hard as it was, Robert Engle and his team soldiered on despite the challenges. The skepticism that met his findings did not deter him. Eventually, his work was recognized by the Nordic organization. Since winning the Nobel Prize, Engle has continued promoting the need for research given advancing humanity.