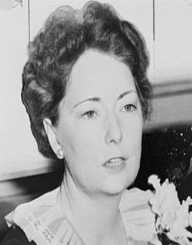 It was on November 8, 1900, that Margaret Munnerlyn Mitchell was born to Mary Isabel Stephens (also known as May Belle) and Eugene Muse Mitchell. Both parents were Attorneys in Atlanta Georgia.

Since her parents were, Attorneys Margaret Mitchell grew up in a wealthy family. She was descended from Thomas Mitchell who settled in Wilkes County Georgia in 1777. He was from Aberdeenshire Scotland. He served in the Revolutionary War.

On June 24, 1861, her grandfather Russell Crawford Mitchel enlisted in the Confederate state’s army in the Civil war. Her father Eugene was the oldest of 13 children.

Margaret Mitchell's great-grandfather on her mothers’ side, Phillip Fitzgerald came from Ireland and settled near Jonesboro Georgia. Margaret’s grandparents Annie Fitzgerald and John Stephens married in 1863.

He was also from Ireland and became a captain in the Confederate state’s army. Her mother May Belle was the seventh of twelve children.

Margaret Mitchell spent her early childhood near her grandmother Annie Stephens on Jackson hill east downtown Atlanta. At the age of 3, her dress caught fire on an iron grate so her mother dressed her in boys’ pants because she was afraid it would happen again.

Her brother would only play with her if she were a boy named Jimmy. So she was nicknamed Jimmy until the age of fourteen. Although she played with dolls occasionally, she was known to be a tomboy who liked to ride her Texas plains pony.

When visiting relatives, she was not allowed to run and scream or express her opinion because she was raised in an era when children were “seen and not heard.”

Until the age of ten, Margaret Mitchell was unaware that the south lost the war. Although at first, she had trouble believing it because of all the stories she heard from her family as a child.

A swat with a hairbrush or slipper was a form of discipline by her mother as a child. Her father did not believe in corporal punishment in the schools, so while he was president of the educational board in 1911 to 1912, it was abolished.

As a child, Margaret Mitchell was an avid reader. This may have been partly due to her mother reading to her before she could read. She also loved writing even as a child. She also created her covers and artwork.

She created her publishing enterprise called “Urchin Publishing Co.” Her mother kept her stories in bead boxes and other boxes as a child. The recurring themes in her writing were romantic love and honor.

Margaret Mitchell went to Atlanta’s Washington Seminary, now known as the West minster schools. This is a private girl’s school. She was in the drama club and played male characters. She even wrote a play. The play was about college girls that were snobbish. She even acted in it. She was also in the literary club where she had two stories published in the yearbook.

She graduated in June 1918. She then enrolled at Smith College. She was an average student while there and only went her freshman year before leaving. She began going by Peggy or peg during her school days.

Margaret Mitchell began seeing two men at the same time. Berrien Kinnard Upshaw and his roommate and friend, John Robert Marsh. She and Berrien married, much to her parent’s disapproval, on September 2, 1922. John Marsh was the best man at their wedding.

She suffered physical and emotional abuse due to his alcoholism and violent temper. So, her and Berrien divorced on October 16, 1924. She then married to John Marsh on July 4, 1925. She was 24 years old, and John was 29.

Margaret Mitchell took an interest in erotica in her twenties. At this time, she began writing Gone with the wind. Some of her novels were destroyed over the years. Some by herself and others after her death.

Her husband John suggested she write her book instead of just reading them. He then brought home a Remington Portable No. 3 typewriter. This is how she wrote Gone with the wind. The book was published on June 30, 1936.

On the evening of August 11, 1959, Margaret and John were on their way to see a movie when she was struck by an off-duty taxi driver while she was crossing Peachtree street. Hugh Gravitt, the driver, was arrested for drunk driving but was convicted of involuntary manslaughter upon her death. Margaret Mitchell died in the hospital just five days after the accident.