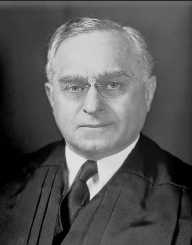 Felix Frankfurter is an American lawyer and scholar famous for serving under the administration of President Roosevelt as the US Supreme Court Justice. During his life, he spares time from his civic duties to serve as an academic professor in his alma mater, Harvard University.

Frankfurter married Marion Denman in 1919, the daughter of a Congregational minister much to Frankfurter’s mother’s dismay. The couple did not have any children but their marriage was an unhappy one with Denman constantly suffering from mental breakdowns due to his domineering attitude.

Frankfurter died at the age of 82 on February 22, 1965, in Washington D.C. The cause of his death was due to a congestive heart failure. He is buried at Mount Auburn Cemetery located in Cambridge, Massachusetts.

The Intelligent Son from A Jewish Family

Born in Vienna, Austria on November 15, 1882, to a poor family, his father worked hard as a merchant to support their family, along with his 5 other siblings. His father was Leopold Frankfurter and his mother Emma Frankfurter immigrated along with the whole family in New York when the young Felix was 12 years old.

Despite being born into a Jewish family, he did not practice the Jewish faith but did support Jewish causes in his professional career such as the establishment of the 1918 American Jewish Congress in Philadelphia. He also advocated the establishment of a Jewish Homeland in Palestine called Balfour Declaration which is supposedly backed by the government.

In spite of being newly immigrated to America, the young Frankfurter exhibited intelligence at a young age often excelling in his studies.

After graduating in 1902 from the City College of New York, he pursued Law at Harvard University and attained his degree in 1906.

Upon attaining his law degree, he immediately started work at Henry L. Stimson’s office. At the time, Stimson worked as the Southern District’s US Attorney when Frankfurter came to his employment as a law officer.

The two established a relationship well enough for Stimson to assist Frankfurter in securing a position at the Bureau of Insular Affairs of the Department of War under then-president William Howard Taft’s governance.

While serving the government, Frankfurter returned to Harvard as part of the Academy of which he taught subjects pertaining to criminal law and administrative law. Simultaneously, he befriended fellow academe member James M. Landis who spoke strongly about judicial restraint especially those involving government actions.

Upon the entrance of World War I in 1917, he left Harvard so as to serve Newton D. Baker’s assistant who served as the Secretary of War at the time.

When Woodrow Wilson lost the election and stepped down from the presidency, Franklin D. Roosevelt assumed the power of the highest seat.

It was during Roosevelt’s administration that he established himself as a loyal adviser. He rallied for progressive legislation and addressed the need for change regarding the unequal distribution of wealth that ultimately plagued the country as the Great Depression.

Eventually, Frankfurter has appointed a seat at the Supreme Court following the death of Benjamin N. Cardozo in July 1938. Roosevelt himself nominated him since he found no one appealing to take the position of the deceased Cardozo. Frankfurter became the third Jew to serve as the Supreme Court of Justice, with Louis Brandeis and Benjamin Cardozo as his predecessors.

While he was serving as Court Justice, some of his works include 132 concurring opinions, 247 opinions for the Court and 251 dissents but he was most famous for his straightforward advocacy on judicial restraint.