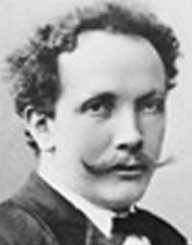 Richard Georg Strauss was born on June 11, 1864, in Munich, Germany. His father was Franz Strauss.

Even as a child, Richard Georg Strauss was being educated musically. His father played in an opera, so he was able to personally give him lessons. He often attended the opera where his father played, which only increased his love for music more. He even wrote his first musical piece when he was only six years old.

As he grew older, he received further musical training from the assistant conductor of the Munich Court Orchestra. His father continued to influence his musical education, though. He steered him towards studying classical music instead of progressive new music.

It was in 1882 when Richard Strauss began his formal non-musical education at Munich University. Here, he studied various humanities subjects. He only stayed at this school for a year before dropping out.

After leaving school, Richard Georg Strauss moved to Berlin. Shortly after moving, he earned a job working as an assistant conductor under Hans von Bulow. While working here, he learned various conducting techniques from von Bulow. He worked under him for several years. During this time, von Bulow was impressed by Strauss’s talent. After von Bulow resigned, he made Struss his successor, making Strauss the new lead conductor of the orchestra.

While working in the orchestra, and during his free time, Richard Strauss worked on creating musical compositions of his own. He wrote things for full orchestras as well as solos for various instruments, including the piano and cello.

Near 1885, Richard Strauss met a man named Alexander Ritter. Richard Strauss studied some of Ritter’s work, and because of Ritter’s influence, Strauss’s own work began to change and evolve. Soon, it was not like the strict classical teaching that his father had encouraged him to study. Instead, his music took on a life of his own and became more individualized than before.

In the 1890’s, Richard Strauss not only composed for bands and instruments, but also for singers, like chamber groups. It was also around this time that he started to write tone poems. In the 1900’s, Strauss’s musical career took on a new direction once again. This time he began to write operas of his own. His operas were entirely successful, which only encouraged him to write more. His pattern of working on operas continued into the early 1920’s. Some of his most famous operas include Elektra and Salome. In 1919, Strauss became a co-director of the Vienna Staatsoper. He worked here until 1924.

During the Nazi rise to power in the 1930’s and early 1940’s, Richard Georg Strauss stayed away from the Nazis and did not work on much of anything during this time. After World War II, Strauss resumed working on his compositions until ill health made it difficult for him to compose.

Some of Strauss’s most famous works from his career are listed below.

Sonata for Piano in B Minor

All of Strauss’s awards are for his musical talents. Some of his most prestigious awards are listed below.

Richard Georg Strauss married Pauline de Ahna in 1894. Together, the couple had a son named Franz. This couple was married until Strauss’s death.

Richard Georg Strauss died on September 8, 1949, in Garmisch-Partenkirchen, Germany. He was 85 years old when he passed away.