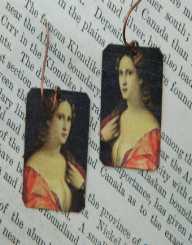 Francesca Caccini was a well-known female composer of the 17th century. She was also famous as ‘La Cecchina’ which translates to ‘The songbird’. Caccini was a poet, singer and also a music teacher. She is also the first woman to compose an opera – ‘La Liberazione di Ruggiero.’ She came from a family of musicians and composed music in different genres.

A collection of her early work was published in 1618 titled  ‘primolibrodellemusiche.’ She served as a composer, singer, and music teacher at the Medici court till 1641 when she vanished mysteriously.

Francesca Caccini was born on September 18, 1587. Her star sign was Virgo. Her birthplace in Florence, Italy. Her parents were music composer Giulio Caccini and singer Lucia Gagnolanti. Francesca also had a sister named Settimia was also a singer and composer. Being from a family of musicians, Francesca started her musical training early. Her first teacher was her father. She also studied Latin, Mathematics, and Greek. She got a good exposure to public performances due to stage shows are done by her family.

Her first public performance was in 1600, at the age of 13. Impressed by her fresh touch to the performance, the King of France offered here a position at the court. Unfortunately for Francesca, the Duke of Florence objected to this and she couldn’t join the French King’s court.

Francesca Caccini also learned to play the flute, harp and an early form of a guitar.

Francesca Caccini had a bright start to her career as a musician. In 1607, she composed “La stiava” and performed it at the Florentine Carnival. Her performance was praised a lot, and her musical career grew in fame and money later. Caccini was a close associate of the famous poet Michelangelo Buonarroti at the court of Florence. She also met and was praised for her extraordinary talents by prominent musicians of the period.

While serving at the court of Medici, Francesca became the highest paid composer of her time. She also taught music at the court. In 1618, a collected piece of her early works was published and very well received for the different human emotions they touched upon. Some of her most famous pieces include the Il primo librodellemusiche and the opera La liberazione di Ruggiero. Francesca continued to serve at the court of Florence till 1641 as a highly paid and talented musician. She also wrote poetry at the time, but most of her works are lost in history.

Francesca Caccini wasn’t very fortunate in her personal life. She married twice and both her husbands died an early death. She met musician Giovanni Battista Signorini at the court of Florence. They dated for a short while and got married on November 15, 1607. A daughter named Margherita was born to them in 1622. The happiness lasted only for a few years, however, as Giovanni died in 1626.

Francesca Caccini married again to a nobleman named TommasoRaffaelli and was blessed with a  son also named Tomasso in 1628. Two years later, her second husband also died. Following these events, Francesca became a music teacher at the court of Florence.

Francesca Caccini death was confirmed, however, when GirolamoRaffaelli became the guardian of her son in 1645.