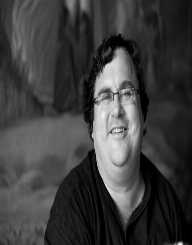 Reid Hoffman was born on August 5, 1967. He is an American entrepreneur. He is a co-founder of LinkedIn. LinkedIn is an internet platform where professionals connect with each other. He is also an author. He was very focused in all that he did from a young age.

Reid Hoffman was born on August 5, 1967, in Palo Alto in California, United States of America. He was born to Deanna Ruth and William Parker Hoffman. He was born as an only child. He attended Putney School. After graduating high school, he joined Stanford University. In 1990, he graduated from the university with as B.S in Symbolic Systems and Cognitive Science.  He later earned a Marshall Scholarship as he was a brilliant student. In 1993, he obtained an M.A in Philosophy from the Wolfson College at Oxford University.

In 1994, Reid Hoffman went to work with Apple Computers. He worked on classifieds and the eWorld project. He was also a Global Access Assistant in the company. He later worked for Fujitsu. Reid was so inclined to forming his own company that in 1997, he co-founded the SocialNet.com which was his first company. The company was concerned with online dating. In 1999, he abandoned the project since he was not well versed with business management. He was also a member of the board of directors that founded PayPal. In 2000, he joined PayPal fully and was responsible for managing payments infrastructure, legal issues and the development of the business. In 2002, he was appointed the executive vice president of the company.

In 2010, he became a partner with Greylock Partners. In the partnership, he deals with consumer services, consumer internet, online marketplaces and social networks. He is also an author. In 2012, he published the career book ‘The Start Up of You: Adapt to the Future, Invest in Yourself, and Transform your Career.’ He also wrote the book titled ‘The Alliance: Managing Talent in the Networked Age’ published in 2014.

In 2004, Reid Hoffman married Michelle Yee. He has a net worth of $4.6 billion. He is an established and famous entrepreneur among the general public. He has achieved a lot as an entrepreneur, and he is still to achieve more.