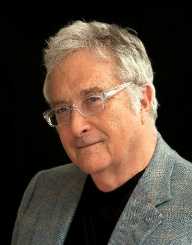 Randall Stuart Newman was born on 28th November 1943. He was born in Los Angeles, California, in the United States. His parents were Irving and Adele Newman, a physician and a secretary.

As a child, his family lived in New Orleans. Newman's family moved back to Los Angeles when he was eleven.

He studied at University High School, after which time he enrolled at the University of California. Newman studied music at university but never graduated.

Newman was a songwriter, recording artist, film score writer, and he also wrote for stage productions.

He had started writing songs professionally by 1960. As well as recording himself, Newman had great success writing for other performers. Artists that sang Newman's songs included Cilla Black, Petula Clark, Gene Pitney, and Dusty Springfield. Newman had several top 40 hits in the UK, recorded by other artists.

During the 1960s, Newman started a long-term professional relationship with Lenny Waronker. Waronker was a childhood friend. Waronker and Newman, with two other friends, helped create the success of Warner Brothers as a record label.

In 1968, Newman released his debut album, Randy Newman. Many significant artists covered his songs during that period, including Peggy Lee. When Lee recorded her single and album in 1969, Newman wrote the orchestral music for them.

Newman kept going, despite not having great commercial success with his second album. He released his next album, Randy Newman Live, in 1970. At last, he had found a cult following, and he had chart success.

During this period, Newman also started writing songs for films. Not only did he write individual songs, but he composed film scores as well.

He has written scores for eight Disney/Pixar movies including Toy Story, A Bug's Life, and Monsters, Inc.

Newman's award nominations total nearly 60, and he has won 20 of them. His wins include two Academy Awards, seven Grammy Awards, and three Prime Time Emmy Awards.

Among his other awards, Newman also has a star on the Hollywood Walk of Fame.

In 1967, Newman married Roswitha Schmale. They had three children, but they divorced in 1985.

In 1990, Newman married Gretchen Preece, and the couple had two children. They are still together.