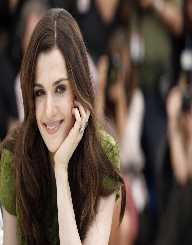 Rachel Hannah Weisz is a British-American born on the 7th of March,1970. She was born in Westminster, London, England in the great United Kingdom. She grew up in Hampstead Garden Suburb, North of Hampstead, West of High gate and east of Golder’s Green; a domestic architecture in the early twentieth century. A fact, she was one among the many privileged children having being born in a delightful and thrilling environment.

Her parents decided to move to England in the year 1938. Their main objective was to escape the Nazis before the second world war began. Her father, George Weisz had taken pride in being an inventor while her mother, Edith Ruth was a known psychoanalyst. Both parents were of the Jewish heritage. However, the father was a Hungarian immigrant and the mother from Vienna owning the Italian and Austrian heritage as well.

Rachel Weisz appreciated the joy that came with having a sister, Minnie, who is a curator and a photography expert. This shows her family had maintained the level of pride her grandfather; Alexander Teich had placed when he was a great leader in the Union of Jewish Students recognized worldwide.

Rachel Hannah Weisz enrolled to the North London Collegiate School at a very young age and joined Benenden school for a year. She then proceeded to the St. Paul’s Girl’s school where she managed to do very well and completed her A-levels. After that, she furthered her studies at Trinity Hall, University of Cambridge. Here, she managed to be an exceptional student, with a wonderful degree in the Bachelor of Arts.

Rachel Weisz was endowed with the confidence of being a star at the very young age of fourteen when she joined the modeling field. She caught the attention of many after she walked away from a chance to be a principal performer with Richard Gere in ‘King David.’ Her acting desire began during her studies at the University of Cambridge. She knew she was gifted and took good advantage of this when she created her own theater company by the name ‘Talking Tongues’.

Her crystal clear persistent efforts contributed greatly to her winning the Guardian Award, at the Festival in Edinburgh, for its take on ‘Washbag’ by Neville Southall. She after that got an opportunity to play a role in ‘Design for living’ by Noel Coward. Consequently, the London Critics’ Circle gave her their vote and she won in being the most assuring new actor. The group was active until the year 1993.

Rachel Weisz also took part in many other student productions. In 1992, she appeared in the Television Film Advocates 2. She also had the privilege to act with Ewan McGregor. Rachel’s first film was a BBC screen Two, ‘Dirty Something.’

Rachel Weisz kicked off her photoplay career with a role in the film of the year 1994, ‘Death Machine.’ The first major role she got was in a film by the name of ‘Chain Reaction’ in 1996. It also starred Morgan Freeman and Keanu Reeves. She had an opportunity to work with a wonderful director; Bernardo Bertolucci; known for winning the Italian Academy award.

She decided to make acting her main profession and was focused on being the greatest actor of the time. This came to pass because she played major roles in many films among them being; The Shape of Things, My Summer with Des, I want You, The Land Girls, The Constant Gardener, The Mummy Returns to mention a few. She also got into comedy when she played a role in ‘Envy’ that included Ben Stiller, Jack Black, and Christopher Walken.

Her first major hit was when she got a slot as the staring in the ‘Chain Reaction’ movie. In 1997, Rachel Weisz became popular for acting as a maid in the film ‘Swept from the Sea’ that she fell in love with a shipwreck survivor. She was a great actor of ‘The Land Girls’ movie as well. ‘The Mummy’ in the year 1999 gained her fame where she acts as an Egyptologist who saves French Foreign Legion deserter, Fraser’s Browny. Rachel Rose to the challenge and managed a lady slot in the film ‘Sunshine’ of 1999. Beautiful creatures, Enemy of the gates, Runaway Jury, The Fountain and The Constant Gardener(an opportunity to work with Director Fernando Meirelles) are among many of her most known and major works.

While taking up her studies at the University of Cambridge, Rachel Weisz was the compeer of Alexander Armstrong, Cohen Sacha, Susan Perkins, Richard T. Osman, Bennet Miller and Med Giedroyc. She had a romantic relationship with Ben Miller for some time until they chose different paths in life. Later in the year 2001, she fell for Darren Aronofsky who was an established producer and an American filmmaker. He spotted her at the backstage of London at a Theatre known as ‘Almeida,’ where she was the main character in ‘The Shape of Things.’ The feelings were mutual, and they decided to hit it off and get into a serious relationship. Rachel agreed to move to New York with Darren where they got engaged in the year 2005 and later had a boy in 2006. The couple secured a residence where they could grow together in the East of Manhattan.

Unfortunately, in the year 2010, they pleaded guilty to the rumors that they had been apart for months. They both continued to live in New York and were loyal to raisin up their son together. Rachel Weisz found a new companion, Daniel Craig who was an English Actor. They dated for roughly six months and had a private marriage in June 2011. It was a ceremony with only four in attendance in inclusive of her son and Craig’s daughter. During the same year, she acquired citizenship in America.

Rachel Hannah Weisz’s; an actress and model net worth is $40 Million. Rachel Weisz owns a plush looking building in New York. It has three bedrooms at a price of $11.5 Million! This is crystal clear that she takes pride in luxury after all her hard work in the film industry. Her four well-known brands are the Jimmy Choo Faith Scalloped Lace Platform Plumps, Chloe Sally Flap Bag, Acne Cream Velocite Aviator Jacket and Christian Louboutin.

Rachel Weisz, now at the age of forty-seven still has positive energy in the acting field. Some of her latest movies are The Light Between Oceans, Denial, The Mercy, Complete Unknown all in the year 2016. She accepts that her son sees her as “mom.” She agrees that the boy hates seeing her with make-up ready to go for a red-carpet event. He is not a fan of his mother’s career and has watched none of her films. Lately, she has had quite some interviews with them which she talks about sexism, ageism and her love for complicated women.

Rachel Weisz currently refuses to take roles where women are objects or victims. She has strived hard to become one of Hollywood’s most talented actress. However, she believes the mystery is good for acting and has therefore preferred having a low key life and to keep the fame and celebrity life at bay.