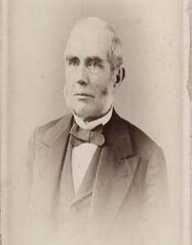 Sir Henry Bessemer was an English inventor who was responsible for the creation of the 19th-century steel making process. He was also part of the revolution of Sheffield becoming a major industrial area. He had a happy and private family life, and grew to be very wealthy and well off.

Henry Bessemer was born on January 19th, 1813 in Charlton, Hertfordshire, England. His father, Anthony Bessemer, was a wealthy engineer and inventor, who was also appointed a member of the French Academy of Science for his changes to the optical microscope. Little is known about Henry’s mother, Elizabeth.

However, it is noted that Elizabeth may have passed away when Henry Bessemer was a child. Bessemer grew a keen interest in inventing things as he watched his father work over the years.

Henry Bessemer was self-taught, taking lessons from observing his father.  He lacked a formal education, and in later years, could be noted nodding his success towards this lack of formal education.

Henry Bessemer stated that not having a formal education left him open to creative ways of thinking. When he was 17 years old, Bessemer and his father moved to London where the family business could be expanded. During this time, Henry Bessemer made a living by selling decorative metal objects to the city’s residents.

From the time that he and his father moved to London, young Bessemer began to contribute inventions and findings to society. He first tried his hand at card-embossing and dye-making, both of which he moved away from after a short time.

In 1838, Henry Bessemer improved the technique known as Plumbago that was used to make lead for pencils by reusing the waste dust that the process left behind.

Henry Bessemer made his first fortune when he created a series of six steam-powered machines that could be used to make bronze powder. This bronze powder, when added to paint, created a metallic look to the paint.

This paint became a hot product and landed Bessemer his first fortune and fame.

Also within his early years, he created an advanced sugarcane-crushing machine and an official authorization stamp for the British Stamp Office. Bessemer was not compensated for the invention but was offered a job as Superintendent of Stamps.

Henry Bessemer was unhappy with this compensation, as he had been expecting to be paid for his work. Later on, he would bring the unfair compensation up and be appointed knighthood for it.

Bessemer’s most important invention and the invention that gave him most of his fame was his process of producing cheap steel. This process was done by first blowing air across molten iron to remove impurities and make it lighter, and cheaper to produce.

With the creation of this process, he opened his production site and became a wealthy businessman. It’s said that some of his success was because other companies who tried to recreate his methods, were unable to do so successfully.

His success through steel creation earned him a knighthood in June of 1879 and had the prefix of Sir added to his name.  In the same year, he was made a fellow of the elite Royal Society. From this fame, he was given other awards and honors such as being elected the Foreign Honorary Member of the American Academy of Arts and Sciences.

After his rise to wealth, Henry Bessemer continued to create and research. He passed away in 1898, at the age of 85. There is no cause of death listed, so it is safe to assume that Bessemer died from old age or of natural causes.

Little is known about Bessemer’s own life, but in several documents, a fiancé is mentioned about Bessemer. Her name was Ann Allen, and the couple was married when Bessemer was 21 years old. They had a daughter together, who they named Elizabeth, after Bessemer’s mother. They also had two sons: Henry and Alfred.

Anne Bessemer died at the age of 84 in 1897, one year before Henry himself passed. Their children outlived both Ann and Henry.

With his personal life kept so private, Bessemer stayed out of the spotlight for the most part. Because of this, it isn’t certain what he did in his spare time or with his family for enjoyment.