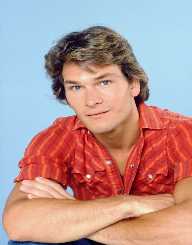 Patrick Swayze was a very versatile actor that Hollywood has ever produced. He is the character with a firmer position in the film industry. He got a lot of influence from his mom who taught him a lot about dancing. He developed so much interest because his mom was a dance trainer. Later, he joined other dancing institutions to enhance his skills and talents. Apart from this, he is a very good swimmer and footballer. He is also good in gymnastics. He got his first performance as a professional in the Disney on Parade event. However, he later shifted to acting from dance and was known to many there. His passion for cinematography and dance earned him some characters as a dancer as well as an actor.

Born to the family of Jesse Wayne Swayze and Patsy Swayze on the 18th day of August 1952 in Houston Texas. His father was a draftsman for chemical plant engineering while his mother is a talented dancer who runs a dancing school in Houston too. Patrick Swayze is born into a family of five kids with four siblings as the second child. He spent his early life in Oak Forest School before receiving education in St Rose of Lima Catholic School and Black Middle School. He was engaged in different extra curriculum activities like swimming, gymnastics, football as well as dancing. In 1972, he got trained in gymnastics at San Jacinto College. He later traveled to New York for his dance training at Harkness Ballet School. There, he performed his first professional performance for the Disney on Parade event.

The career was not too rosy for him, but with the help of his talent, he overcame any form of problem. Patrick Swayze made his debut with the musical entitled Grease. He also got his break in term of the big screen with Skatetown USA, a comedy film. In 1981, he was named as a cast in the television show, Blood Brothers. He as well worked with the TV in the drama film Return of the Rebels. However, the release of the hit Dirty Dancing brought him his new status as a celebrity as well as the newest love of the Hollywood. With the limelight of Dirty Dancing, Swayze chose to pursue his singing career. He, however, wrote a song that was co-written by Stacy Widelitz She’s like the Wind for a film’s soundtrack. His relationship with his wife inspired this song, and it topped the Billboard Adult Contemporary Chart.

Later, he started getting some action packed movies as major role artist. He was also one of the actors in an action-packed crime movie, Point Break. This film met a moderate success but earned him the title Sexiest Man Alive by the people magazine.

As of 1995, Patrick Swayze teamed up with some actors to play a trio of drag queens in the comedy. This performance of his won him his third nomination. He broke his legs and shoulder while he fell from a horse smashing himself into a tree. His film production was however delayed and released a year after. He, however, resumed his career after recovery with the film Forever Lulu and Donnie Darko, a year later. He worked in the mainstream theater, the West End Theatre, where he acted in the musical Guys and Dolls. He also lent his voice for the Cash in the Fox and the Hound 2. He had done some movies which are of great accolades. These films include Jump, Powder Blue, The Beast, Christmas in Wonderland, Keeping Mum among others.

His major work was the Outsiders as it opened his pathway into Hollywood. His film Dirty Dancing also gave him a place in the industry. He gave the role a lot of passion and justice. The film garnered a lot of profits, and a million copies were sold.

This talented actor won no award but received many award nominations.

In 1975, Patrick Swayze married Lisa Niemi, an actor-director after a five-year courtship. After his father’s death, he found refuge in alcohol. He, however, became more addicted to it upon his sister’s death. Later on, he went for rehabilitation for him to overcome his addiction. He got acquainted with Buddhism and practiced Transcendental Meditation. Patrick Swayze was diagnosed with a Stage IV Pancreatic Cancer. Without fear of the sickness, he continued his acting career. In 2009, he gave up the ghost after battling the dreadful disease.