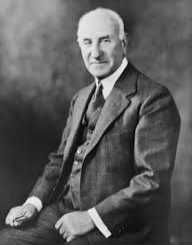 Solomon R. Guggenheim was born to Meyer and Barbara on 2nd February 1861 in Philadelphia, Pennsylvania. His parents were Jews and had nine children. Solomon was from a wealthy family. They owned mining companies in the United States.

Guggenheim schooled at Concordia Institute in the Zurich. That was in Switzerland.

Solomon R. Guggenheim joined family business back in the United States. He owned among other businesses York Gold Company in Alaska.

Hilla and Guggenheim visited Wassily Kandinsky's studio in Germany in the year 1930. He purchased and added to his gallery Kandinsky's modern and contemporary arts. This included the composition 8 of the year 1923 among many others.

He purchased from various artists: Rudolf Bauer, Robert Delaunay (Simultaneous windows of the year 1912), Marc Chagall, Fernand Leger (contrast of form of the year 1913) and Laszlo Moholy-Nagy. Arts from Paul Klee, Oskar Kokoschka, and Joan Miro were among his collections.

Guggenheim had a variety of artwork by the year 1948. The same year he built a more massive Museum to showcase his collections. Three years after his death the museum was named Solomon R Guggenheim Museum. Its official opening date was October 21st, 1959.