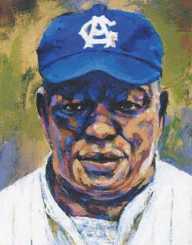 Rube Foster was born on 17th September 1879 in Calvert Texas. His father Andrew was a reverend of American Methodist Episcopal Church.

He left school at the 8th grade to join a local baseball team called Chicago Union Giants. Over the next few years, Foster was recognized as the top pitcher and the best African-American baseball player.

Despite being good in the game, Rube Foster encountered discrimination and racism during his career.

It did not take long before Foster signed for a baseball top side Frank Leland's Chicago Union Giants. After a drop in his performance he was released, and he signed for Bardeen's Otsego Independents.

In 1905, he led Philadelphia Giants to another championship. His team contributed in the formation of an international league of both black and white teams.

In 1907, Rube Foster signed for Leland Giants as the coach and player. During his tenure, his team won 110 games and lost only ten games.

He was hit by a setback in 1909 after he had suffered from a broken leg. He, however, returned in an exhibition against Chicago Cubs his team losing in a highly controversial match.

Foster later encountered a legal battle with Frank Leland over the control of the club. 1910 season became his best season winning a record of 123 against 129 losing only six games.

He later joined hands with John Schorling who allowed Foster's team to use Comiskey Park as their home ground.

Rube Foster, Taylor and the owner of six baseball clubs joined hand to form a professional league for African American players. The three agreed to, make Foster the president of the league while still the manager of his club American Giants.

On many occasions, he was accused of favouring his club in key decisions touching the league. Many argued that his sole purpose for starting the league was to further his club. He was also accused of poaching all the best players in the league due to his influence and financial muscle.

Rube Foster was hit by a mental breakdown in 1926. He was never to recover from it as he passed on in Kankakee, Illinois, on 9th December 1930, at the age of 51.

In 1981, Rube Foster was admitted to the Baseball hall of fame. He is referred by many as the Father of Negro Baseball.