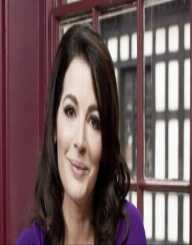 Nigella Lucy Lawson was born on the 6th of January 1960 in Wandsworth, London England.  Her parents were Nigel Lord Lawson of Blaby, the former Conservative member of Parliament and Chancellor of the Exchequer in Margaret Thatcher's government, and his now divorced wife  Vanessa Salmon who was an heiress of the J. Lyons and Co. fortune. She has three siblings by both her parents. They are her brother Dominic, who was once an editor of The Sunday Telegraph, and two sisters Horatia, and Thomasina.

Her mother died at the age of 48 of liver cancer. She also lost her sister Thomasina. She died of breast cancer in her early thirties.

Nigella had a highly conflicted childhood. She described herself as painful, disruptive and rude notwithstanding that she was good at her school work. She had to change school nine times between the age of nine and eighteen. She attributed her difficult childhood to the complicated relationship she had with her mother.

Nigella grew up in a non-observant Jewish family, and she identifies as the atheist. She got her MA in medieval languages from the Lady Margaret Hall, Oxford, England.

Nigella Lawson had some work experience pre-university working in several department stores. After graduation from the university, she began her career life working as a book and restaurant critic. In 1986 she went on to be the deputy literary director of The Sunday Times. She also did a bit of freelance Journalism for newspapers and magazines after her time with The Sunday Times.

Nigella’s first book was published in 1998. She titled it How To Eat: Pleasures and Principles of Good Food and it became a best seller, selling over three hundred thousand copies. She wrote ten more books over the years. How to Be a Domestic Goddess: Baking and the Art of Comfort Cooking (2000), Nigella Bites (2001), Forever Summer with Nigella (2002), Feast: Food to Celebrate Life (2004), Nigella Lawson, A Biography (2006), Nigella Express (2007), Nigella Christmas (2008), Nigella Kitchen: Recipes from the Heart of the Home (2010), Nigellissima: Instant Italian Inspiration (2012), Simply Nigella (2015)

She started her career as a cooking show host in 1999 with Nigella Bites on Channel 4. She became very popular with this show. She has done and appeared in several cooking shows over the years. Some of them include; Nigella Feasts (2006), Top Chef (2009), Iron Chef America (2010), The Taste (2014), etc. She also had a stint in acting in 2014 when she guest starred in one episode of comedy series Modern Family.

She won Author of the Year award by The British Book Award for her book How to be a Domestic Goddess in 2000.

The book Nigella Bites also won Lifestyle Book of the Year by the WH Smith Book Awards in 2002.

Nigella Lawson found a home in the kitchen. She loves to cook, and she has described it as therapeutic. She has carved a niche for herself in what she calls being a home cook. She would not be drawn an expert or a professional cook since she never trained to be a chef, but she has enjoyed tremendous success in the industry.

Nigella Lawson met her first husband John Diamond in 1986. He was also a journalist at The Sunday Times while she was there. At the time she was still in a relationship with human rights lawyer, Geoffrey Robertson QC. The relationship ended in 1988 when he left her for novelist Kathy Lette. She married John Diamond in Venice in 1992. They were happily married with two children, Cosima and Bruno. The marriage, however, ended sadly due to John Diamond’s death from throat cancer in March 2001.

Nigella later married Charles Saatchi, an art collector in September 2003. This marriage was not a happy one, and it ended in a messy public divorce. The problems in the marriage began to unravel first with pictures surfacing in June 2013 which showed Lawson being held at the neck by her husband at a restaurant. Lawson filed for divorce, and the marriage was dissolved on the 31st of July 2013.

Shortly after the divorce, she had to testify in a fraud trial against her former assistants. The assistants alleged that the credit card fraud for which they were standing trial was encouraged by Nigella Lawson so that they will keep her drug use secret. Her ex-husband was alleged to have started a drug smear campaign against her in the media during the trial. She however later admitted that she took the occasional cocaine. She attributed her casual drug use to her ex-husband’s passive aggressiveness and controlling behavior during the marriage.

Despite the challenges of the past years Nigella Lawson settled into her new home. She claimed that she is entirely free of cocaine. She came out with her book Simply Nigella in 2015 and restarted her Television career with the show Simply Nigella on BBC.

Nigella Lawson’s net worth is estimated to be between $15-25 million.