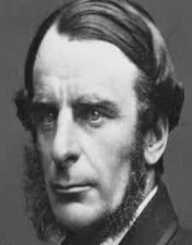 Charles Kingsley was born on June 12, 1819, in Devon, England. He was the son eldest son of Reverend Charles Kingsley and Mary Lucas. His siblings were Henry Kingsley and Charlotte Chanter His father turned to study theology and priesthood so as to secure a financial future for his family. He later married Mary, the daughter of a sugar cane plantation owner. The young Kingsley was raised in Devon and its surrounding areas. He went to school at Helston Grammar School. He developed a liking for the natural arts, poetry, and natural sciences during his early schooling life.

He left Helston and moved with his family to London. While in London, he joined the King’s College for a degree course. He transferred to the Magdalene College, a constituent college of the Cambridge University in 1838. Kingsley graduated from Magdalene College in 1842.

A bright student in the class, Kingsley envied a career in the legal profession. He changed his mind midway in his education. He decided to follow in his father’s footstep and became an Anglican Church minister. He joined the full-time ministry in the church and became the rector of the church in Eversley, Hampshire in 1844. He was mandated to oversee the local parish administrative duties. He served for 15 years in Hampshire.

In 1859, he was appointed to the British royal court. He became the royal chaplain of the British Queen Victoria. He served as the chaplain as he got other appointments in the academic world. In 1860, Kingsley was appointed to serve in the University Of Cambridge School Of History. He became the Professor of Modern History. In 1861, he was assigned tutorial duties to educate the Prince of Wales.

He left the academic lecture halls of Cambridge in 1869. He was appointed to serve as an Anglican Church canon at the Chester Cathedral in 1870. He served in his position as canon for three years. Kingsley continued exploring his academic career while at the cathedral. He co-founded Chester's Natural Science, Literature and Art Society. Kingsley left the Chester Cathedral in 1873.

In 1872, while serving as canon, he got an appointment at the Birmingham and Midland Institute. He assumed his office as the 19th president of the institution. After leaving the Chester Cathedral in 1873, he became the canon of the Westminster Abbey in London.

In 1848, Kingsley co-founded the Christian Socialist movement in England. The movement aimed to achieve the original family and societal values of the teachings of Christianity. Kingsley and his friends Frederick Maurice and Thomas Hughes believed that for the society to be peaceful, the commandment of loving your neighbor as you love yourself must be elevated above the class and capitalist Britain. In their efforts to achieve this, they published two journals for the movement. These were Politics of the People published in 1848 and 1849, and The Christian Socialist published from 1850 to 1851.

Kingsley released his first publication in 1848 titled Yeast. The book launched his writing career though he never made any significant commercial inroads. He did another well-received publication in 1850. The novel titled Alton Locke addressed the daily struggles of the low-income earners of society. Kingsley exposed the injustices the laborers face in their quest to earn a decent living. He majored mainly in the clothing factories and the expansive agricultural farms.

In his 1853 novel titled Hypatia, Kingsley set the book on the life of a fictional philosopher. He narrates how the philosopher gained enemies by professing socialism. The philosopher was eventually killed by the extremists within the Christian faith. Kingsley discussed the evils of intolerance within society. He published three novels in 1854 and early 1855. In the middle of 1855, he wrote and published the novel Westward Ho! Despite his earlier Christian socialist inclination, Kingsley veered from the basic Christian ideal of tolerance. He based the novel in the Catholic South American society. He received wide condemnation for his prejudice against the Catholic Church.

In 1863, he published the novel The Water Babies, A Fairy Tale for a Land Baby. The novel which exposed the evils of child labor received the Lewis Carroll Shelf Award in 1963, a century after its publication. In his publishing career, Kingsley published over 40 novels and short stories. He contributed in the columns of journals on the need to embrace the Christian Socialist movement.

Despite being an Anglican cleric, Kingsley served in appointed committees during his late life. He served in the Eyre Defense Committee which operated in 1866. He surprisingly supported the brutal pacification of the Morant Bay revolt by the British Jamaican Governor Edward Eyre.

In 1844, Kingsley married Frances Grenfell. The couple got four children.

Charles Kingsley died after a long battle with a series of illnesses on January 23, 1875, in Eversley, Hampshire. His two siblings followed him into novel writing. One of his children, Mary became a prolific writer in her adulthood.

In commemorating his input in the British academic and literary world, some locals in England named their town Westward Ho! They derived the name from his novel that was published in 1855.