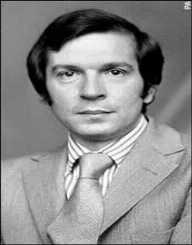 Nigel Dempster was a British journalist known for his celebrity gossip articles.

Nigel Richard Patton Dempster was born in the city of Calcutta, India, on November 1, 1941. His father, Eric Richard Patton Dempster, was an Australian mining engineer. His mother, Angela Stephens Dempster, was English. He had two older sisters, named Pamela and Erika. At the time he was born, his family lived in India because his father was a manager at the Indian Copper Corporation.

Nigel Dempster attended the Sherborne School in Dorset, England. At the age of 16, he was expelled after several transgressions.

Nigel Dempster initially worked in public relations. From 1963 to 1971, he worked for the Daily Express. There, he wrote the ‘William Hickey’ column. He published gossip about public figures, using his contacts to get new information. In 1969, he joined the satirical magazine, Private Eye. There, he wrote the “Grovel” column with journalist Peter McKay.

In 1971, he also began writing for the Daily Mail. He covered the engagement of Prince Charles and Lady Diana, as well as the one of Prince Andrew and Sarah Ferguson. He managed to get close to Princess Margaret, leaking the news of her relationship with Roddy Llewellyn. In 1975, he published the story of Prime Minister Harold Wilson’s resignation three months before it happened.

In 1985, Nigel Dempster had a falling out with Richard Ingrams, the editor of Private Eye. He was disappointed that Ingrams had chosen another journalist as his successor. He wrote an article about his affair with photographer Pamela Bordes. It turned out that Ingrams leaked that information as a joke to make Dempster look foolish.

Dempster quit the magazine and began writing a column for the Mail on Sunday. He still received a lot of mockery from the public and fellow journalists. He started to get drunk regularly, and he made other people write his columns instead of him. He rarely wrote about Princess Diana, whose life was the most popular subject of gossip magazines. He resigned from his job at the Daily Mail in 2003.

From 1971 to 1974, Nigel Dempster was married to Countess Emma Magdalene de Berdern, the eldest daughter of Count John Gerard de Bendern. From 1977 to 2002, he was married to Lady Camilla Osborn, the daughter of John Osborne, Duke of Leeds. In 1979, they had a daughter named Louisa Beatrix Dempster.

Nigel Dempster had progressive supranuclear palsy, a degenerative disease. He passed away on July 12, 2007, at the age of 65.