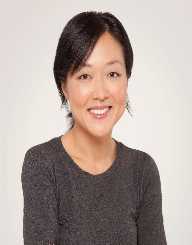 Euna Lee is a Korean-American journalist who worked under Current TV. Lee, along with another journalist, was allegedly caught trespassing between the borders of China and North Korea which landed them both in prison. She is one of two recipients of the McGill Medal for Journalistic Courage awarded in 2011 by the Grady College of Journalism and Mass Communication

Born and raised in Seoul, Korea in 1972 as Lee Seung-Un, Lee relocated to the United States to pursue her college education. She attended the Academy of Art University and attained a Bachelor of Fine Arts degree in Film and Broadcasting. Following her Fine Arts degree, she decided to continue her studies and pursued a degree in Journalism at the prestigious Columbia University Graduate School which she received in 2012.

She is married to actor Michael Saldate. The couple has a daughter together named Hana and the family currently reside in their Los Angeles home.

Lee started working at Current TV in 2005. Prior to that, she worked as a film and web editor before focusing on journalism. On March 17, 2009, Lee along with fellow journalist Laura Ling was arrested and detained by North Korean soldiers. Prior to their detainment, the pair were working on reporting along the borders of North Korea and China which became the reason for their future predicament. Lee and Ling allegedly refused to stop documenting which became the basis of their arrest by North Korean authorities. The pair had a trial regarding in June 2009 their actions of which they were sentenced to spend 12 years of hard labor in North Korea under the charge of hostile entry and illegal acts.

In an effort to release both journalists, the US government exerted their diplomatic efforts for their release. Former US President Bill Clinton made an appearance to the nation as a way of appealing to the North Korean government and negotiated their freedom.  2 months later, Lee and Ling were finally released and were allowed to go back to the United States in August of the same year.