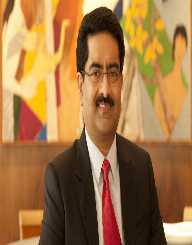 Kumar Maglam Birla did his education in India. He graduated from the University of Bombay, and also attended H.R. College of Commerce and Economics. He became a Chartered Accountant and then went to England to complete his Masters at the London Business School.

Kumar Maglam Birla’s father died when he was 28 years old, so he was thrust into the spotlight and became the chairman of the Aditya Birla Group in 1995. Many were skeptical as to whether Birla would be successful or not, but Kumar Maglam Birla took the group’s turnover from $3.3 billion when he began, to over $40 billion currently.

The companies were mostly in textiles, as well as cement, aluminum, and fertilizers when Birla took over. He has since expanded into technological sectors such as software, and telecommunications.

Kumar Maglam Birla donates significant amounts to weaker sectors of society, such as Thailand, India, and Egypt, to strengthen their growth.

Kumar Maglam Birla has received many awards and honors, of which a small selection includes: