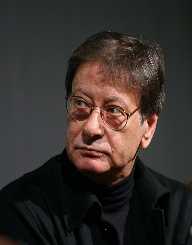 A majority of poets around the globe believe that Mahmoud Darwish, a Palestinian poet, and author, was one of their own with the highest international fame for his poetry. With his emotional honesty and novelty of his poetic images, Mahmoud was able to establish one of the most flourishing careers in the world of poetry.

However, because most of his work focused on the affection for the lost land and gave a voice to his people’s struggles, Mahmoud Darwish was on various occasions, imprisoned by the then authorities.

Mahmoud Darwish, the second born of Mrs.Houreyyah Darwish and her husband Mr. Salim’s eight children, was born on 13th March 1941 in Western Galilee in a village called Al-Birwa. This village was, however, razed and destroyed by the Israeli Army in 1984 to prevent its residents from going back to their homes inside the new Jewish state. His family, therefore, fled to Lebanon to seek refuge.

After only one year, they secretly went back to Israel and settled at a place called Acre. Mahmoud Darwish attended his early classes at a high school in Kafr Yasif before leaving Israel in 1970 to further his studies in the Soviet Union where he studied in The Lomonosov Moscow State University for one year.

Mahmoud Darwish started publishing articles and poetry immediately after finishing his secondary school for magazines and newspapers; key among them being Al Jadid, a periodical for the Israeli Communist party. Later, he became this periodical’s editor.

Mahmoud Darwish published his first book titled Wingless Birds (Asafir bila ajniha), a collection of poems, at the age of 19 before he became famous. He later moved to Cairo in 1971 where he was employed by Al-Ahram, a daily newspaper where he worked for two years before moving to the Palestine Research Centre of the Palestine Liberation Organization (PLO) where he worked as a director. He then joined PLO where he was elected to the executive committee in 1987, worked for six years then resigned following the Oslo accords in 1993.

Mahmoud Darwish was, during the 1960s, a member of an Israeli communist party called Rakah and therefore, when he later joined PLO, he was banned from entering Israel, and he lived in exile for several years in Beirut and Paris. He only returned to Israel after receiving four days permit to attend his colleague, Habibis Emile’s funeral in1995.

Mahmoud Darwish published over 30 poetry collections and eight books of prose over his long and ever flourishing career. These were later translated into over 24 different languages while others were set to music by Arab composers.

Some of his early and famous work includes Wingless Birds, The Bodily Anthem, and Leaves of Olives. Others include Stage of Siege, The Butterfly’sBurden, Why did you Leave the Horse Alone? The Music of Human Flesh among others.

In appreciation for his excellent work, Mahmoud Darwish received various awards including, The Lotus Prize from the Union of African-Asian Writers in 1969, The Lenin Peace Prize from the Soviet Union in 1983. He also received The Knight of the Order of Arts and Letters (title) from France in 1993 and The Lennan Foundation Prize for Cultural Freedom in 2001.

He also won the Prince Claus Award in 2004, The Golden Wreath of Struga Poetry Evenings in 2007, and The International Forum for Arabic Poetry Prize in 2007.

Mahmoud Darwish had suffered cardiac arrest in 1984, and by 1998 he had already undergone two heart operations. His heart was operated again for the third time in the year 2008 at Houston, Texas in Memorial Hermann Hospital where he died three days later, on 9th August 2008 at the age of 67 years.

Since Mahmoud Darwish was considered a national poet, his body was buried at Ramallah’s Palace of Culture which is open to the public. Moreover, the Palestinian president Mahmoud Abbas declared three days mourning period and a shrine was also erected in his honor.
Personal Life

Mahmoud Darwish married twice in his lifetime but never had a child. First, he married Rana Kabbani, a professional writer. However, they later divorced, and in the mid-1980s, he married an Egyptian translator called Hayat Heeni. By the time he died in the year 2008, he had already divorced Heeni, and he had no wife.