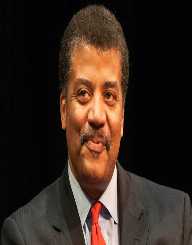 Neil grew up in New York City and was inquisitive about the stars at a rather young age. He was born in the year 1958 and on October 5th to Sunchita Marie Tyson and Cyril deGrasse Tyson. His father was an African American while his mother was of Puerto Rican descent.

His mother was a professional in gerontology while his father was a sociologist in Harlem. He attended numerous public schools in New York City before enrolling at the Bronx High School of Science. He was an athletic teenager who at a time led the wrestling team in school.

Neil was a smart and inquisitive as a youngster with an eye for astronomy. Hewas also the editor-in-chief of the Physical Science Journal while in school and graduated in the year 1976.

He was passionate about astronomy and was devoted to the pursuit of this subject. Neil attended Harvard University from where he received a bachelor's degree in Physics in 1980. While at college, he followed up on his interest in Wrestling alongside dancing.

Neil went on to the University of Texas at Austin for his graduate work and attained a Masters in the field of astronomy in the year 1983.

Neil became a lecturer at the University of Maryland in 1986, majoring in the field of astrophysics. He lecturedfor less than two years before moving on to Columbia University. At Columbia, he studied for his doctorate in astrophysics and got his degree 1991after two years.

His tutor at Columbia University was Professor R. Michael Rich who assisted him in procuring funds to sustain his doctoral pursuits from NASA and the ARCS foundation. This facilitated his attendance atglobalconferences in Italy, Switzerland, Chile, as well as South Africa.

His Writings And Media Forays

Tyson’s media forays began in the 1990s. He started off with a column titled ‘Universe’ for the magazine called ‘Natural History’ in 1995. This gathered such huge acclaim and rave following. The magazine also published a distinctpublication titled ‘City of Stars’ in the year 2002. Here, Tyson promoted the term "Manhattanhenge". This termdefines the two days in a year on which the twilight sun ties with the street grid in Manhattan.

To date, Tyson has publishednumerous books that serve the purpose of the general public. His works include“ Pluto Files: The Rise and Fall of America's Favorite Planet”,“Other Cosmic Quandaries” and “Death by Black Hole”

Tyson has taken his message to radio networks; working as the host of PBS's NOVA ScienceNow documentary features from the year 2006 to 2011. Tyson has brought on a pop culture variety to astrophysics. He is uniquely one of the identifiable African Americans in his field.

Life At The Planetarium

After spending a couple of years undertaking post-doctorate work at Princeton University, Tyson got a job at the Hayden Planetarium.

Tyson ultimately became the executive of the Planetarium and functioned on awidespreadrevamp of the facility. He took a lead with the $210 million upgrade planof the facility and this was finished in 2000. This was a befitting standpoint for astrophysicists to build on subsequently.

He is one of the most acclaimed science correspondents in the modern world. Neil deGrasse Tyson is an American astrophysicist and cosmologist who worked on the 12-member command that studied the Future of the US Aerospace Industry in 2001.

One of Tyson's greatest contentious choices was the elimination of Pluto from the exhibition of planets. Tyson categorized Pluto as a dwarf planet, which raised a strong reply from certain guests. While some inquired for planet Pluto’s return, the International Astronomical Union shadowed Tyson's lead in 2006. The association formally branded Pluto as a dwarf planet.

As an astrophysicist his attainments are diverse but it is his workings as a science writer that stands out. He presented ‘Nova Science Now’, an instructive News magazine for a few years, assisting in the dissemination of coretechnicalinformation to the audience.

Throughout the years he has grown to become a greatly respected science correspondent, acquiring admirers not only in the United States but throughout the world. Tyson is not amerevivid scientist, but also asplendidannouncer.

His massive knowledge in a diversity of technical fields, his sense of humor, bombast, and the method of his presentations add to his infectious charm. His Youtube account is huge in following and widely watched.

Tyson is mostly famed for his views on science and the foundations of spirituality. On this topic, he has printed many articles and given many presentations. As an African American, he is also forthcoming about the race question and communal integrity.

Tyson has also worked as a high-level consultant. In 2001, President George W. Bush selected him for a role in the national aerospace engineering platform. He also worked for another command three years later to inspect U.S. policy on planetary exploration.

Tyson is branded for his aptitude to make hard ideas reachable to every audience. His debating expertise and his sense of humor has led to his appearance on many shows. He has been on The Daily Show and Real Time with Bill Maher. He has also featured on The Colbert Report.

In 2014, Tyson hosted and was the managerial copyreader of a 13-episode television series titled COSMOS: A Space-Time Odyssey. This was a definitive science documentary that came as a restart of the initial series hosted by Carl Sagan. It is targeted at a general audience to present a better understanding of the foundation of life and our world.

Tyson wedded Alice Young in 1988 and they live in New York City with their two children. When not tied to his scientific activities, he is busy collecting the latest writing tools.