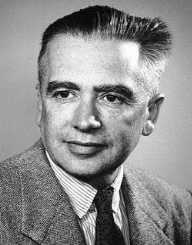 At times career tends to differ from one person to the next, but I wonder how someone decides to study stars and all planets of the earth. A one of a kind and the most chosen one in this type of field is none other than Joseph Hooton Taylor Junior. Hailing from a creative and intelligent family, Joseph wasn’t left behind. His immense study and research paved the way for a new type of invention called pulsar. It is defined as a magnetized and highly rotating star that tends to release a stream of electromagnetic radiation. Further, Joseph’s study created new and advanced discovery that proved the real existence of the study of gravitation. Read further to know more about his early and later achievements.

In his way, Joseph Hooton Taylor Jr. is known as a responsible and polite man who at times likes to laugh at his own mistakes. But he will make sure that he has fully rectified from bad deeds and in the process, he fathoms further without regrets. If there is someone who loves to take his work seriously, is none other than Hooton. Nothing will ever come to escape his creative mind, as he is a keen observer who appreciates a positive thought. When it comes to matters that affect his life and career, he knows that flows and foibles are the main pathways to success. As a result, Joseph will never come to forget his roots, not even when he is away from his native land. When not busy, he loves to associate with adages and unforgettable memories. Read along.

On March 29th, 1941 Joseph H. Taylor Jr. was first seen in the world in Philadelphia, Pennsylvania. His father, Joseph Hooton Taylor Sr. worked at his farm together with his mother called Sylvia Evans Taylor. At a tender age, Hooton loved to spend time with his five siblings. At seven years of age, he was taken to Moorestown Friends School in New Jersey. He loved every subject, but mathematics was his cup of tea. After completing his high school education, Joseph went to study at Haverford College where he received his bachelor’s degree in 1963. Also; he joined Harvard University where he majored in physics, astronomy, and mathematics.

After receiving his Ph.D., Joseph H. Taylor Jr. was appointed as a researcher at Harvard University. He then joined the University of Massachusetts where he served as the Professor of Astronomy. After his first radio pulsar discovery, Joseph furthered his research with the help of a telescope. This is what gave birth to the first pulsar in a binary notation called PSR B1913+16.

With the help of other astrophysicists, Joseph and Russel A. Hulse came up with a thesis that came to define their early discovery. This gave them a chance to prove that there was an availability of gravitational waves in their study.
In the mid of 1981, Joseph resigned from the Varsity of Massachusetts where he teamed up with Princeton University. Here he worked as a Professor of Physics. After five years, he was appointed as the most distinguished professor in Physics department.

Aside from his paramount discovery in gravitational waves and pulsars, Joseph got a new turn where he started to investigate computer programs.

With the help of his student, Joseph H. Taylor Jr. invented the first pulsar in the binary notion that he called PSRB1913+16.His other research and study proved that there were possible presences of gravitational waves. As a result, he was awarded a Nobel Prize in Physicist in 1993, Wolf Prize in 1992 and Henry Draper Medal in 1985. In 1976 Joseph H. Taylor Jr. tied a nuptial knot with the love of his life, Marietta Bisson Taylor. He and his wife share three children.