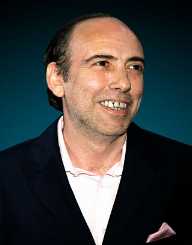 Michael Geoffrey Jones is a British singer and songwriter. Born on June 26, 1955, he was a co-founder of the rock band, the Clash. As a member of the group, Jones also served as songwriter, co-lead vocalist, and lead guitarist. Following his sack from the band in 1983, he formed Big Audio Dynamite along with Don Letts. He has worked with Carbon/Silicon and several other bands and musicians. In addition to singing, Jones is also an occasional producer.

Musician Michael Geoffrey Jones was born on June 26, 1955, in London. His father Tommy Jones is a Welsh and mother Renee Zagansky, a Russian Jewish. His cousin is Conservative MP Grant Shapps. Young Jones spent a substantial part of his early age in South London with his maternal grandmother, Stella Class. Jones developed a strong passion for music growing up. He received education at Strand School, South London and an art school due. Incubating his interest in music and bands, Jones followed bandsaround. He followed bands like Mott the Hoople and many others to shows.

Not giving up on his interest in the band, Jones joined the glam rock band, The Delinquents, in the 1970s. It was during this period that he gained some recognition as a guitarist. Leaving the band, he co-founded the protopunk band London SS with Tony James. Members included Keith Levene and Paul Simonon. The group disbanded in 1976.

Through Bernie Rhodes, Jones and Paul Simonon met Bernie Rhodes and together, they formed the band, The Clash, in 1976. Jones served as the lead guitarist, lead singer, and co-writer of the band. He wrote the popular song, “Train in Vain”, about his relationship with The Slits guitarist, Viv Albertine. He co-wrote several of the band’s popular songs and played an instrumental in the band. However, lack of commitment and punctuality caused his dismissal from the band in 1983. Strummer and Simonon decided to sack him to ensure the band’s progress.

The reason behind his dismissal and subsequent disbandment is the subject of Danny Garcia's 2012 documentary film and book The Rise and Fall of the Clash. In 2003, Jones and other members of The Clash received induction into the Rock and Roll Hall of Fame.

Following his sack from the Clash, Jones co-founded the band, General Public. Other members included Dave Wakeling and Ranking Roger. He left the group during the recording of the debut album All the Rage, 1984. However, he received credit for the record.

In 2002, Jones and Tony James formed the band Carbon/Silicon. The band since toured the United States and the United Kingdom. Also, the group has played gigs in several notable venues. Carbon/Silicon albums include The Check Up Suit, Western Front, and A.T.O.M. All the albums can be downloaded free on the internet. Jones has also worked with bands like Gorillaz, The Justice Tonight Band, The Wallflowers, and the Flaming Lips

In addition to his music career, Jones is also a producer. Production works include Ellen Foley’s second album Spirit of St. Louis, in 1981. He also served as a co-writer for the album alongside Strummer and Tymon Dogg.

Along with Mick Ronson, he also co-produced Ian Hunter’s Short Back ‘n’ Sides LP that same year. He followed it with the production of Theatre of Hate debut album Westworld. Subsequent works include the Libertines’ first album Up The Bracket, 2002 and the self-titled second album. Also, he did the debut album of Down in Albion, and, Kitty, Daisy & Lewis' album The Third.